There was a definite air of risk off during trading in Asia this morning as shares and US futures extended declines. The Japan225 index was the worst performer with losses of more than 1% while US futures were down about 0.3%. Beta-risk currencies were under pressure and the yen was bought as a safe haven precaution. AUD/USD slid 0.05% to 0.7076 while USD/JPY declined to 109.70, the lowest since February 8

Weak flash PMI readings from Markit for March contributed to the risk-off sentiment. Both German and Euro-zone manufacturing PMIs came in below forecast, with the German reading an emphatic miss. The print of 44.7 was the weakest since 2012 while the Euro-zone number was the lowest since May 2013. It was a similar story with the US numbers, with manufacturing PMI down to 52.5, the weakest since August 2017 but at least holding above the key 50 expansion/contraction threshold.

The EU has granted the UK a delay on the Brexit deadline, but UK Members of Parliament still have some work to do. A delay until May 22 will only be granted if lawmakers agree to PM May’s last deal (rejected last week) this week. With that seeming unlikely, despite senior government members rallying round PM May at the weekend, the extension would only be confirmed until April 12. GBP/USD was steady in Asian time with only a slight drift lower to 1.3191. Friday’s gains remain intact, so far.

Economists’ forecasts for the German IFO expectations survey are surprisingly upbeat, looking for an uptick to 94.4 from 93.8. Given the gloomy PMI readings, it could be reasonable to expect a below-forecast print for this number. The current assessment index is seen falling to 103.0 from 103.4. Another weak set of data points would add to the pressure on equity markets.

The rest of the data calendar is quite mundane, with a speech from Fed’s Harker accompanying releases of the US Chicago Fed activity index for February and the Dallas Fed manufacturing business index for March. 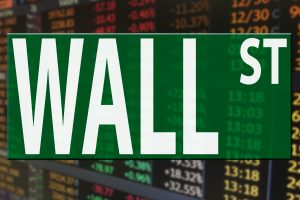