China’s industrial output rose 5.3% y/y in January, the weakest expansion in 17 years, according to data released this morning. The increase was below economists’ expectations of +5.5% and lower than December’s expansion. Retail sales kept pace with December’s increase, rising 8.2% from a year earlier and beating analysts’ forecasts of 8.1% growth.

Investment picked up speed however, with fixed asset investment rising 6.1% year-to-date on an annual basis as the government fast-tracked more road and rail projects, according to Reuters.

The data on a whole was seen as slightly disappointing, with AUD/USD edging lower to 0.7068 but there was no follow through. The Dollar Index, which computes the value of the US dollar against six major currencies staged a mild rebound, the first gains in five days. USD/JPY rose to 111.47 as stock indices traded mostly in the black, adding on the last night’s gains on Wall Street.

The Pound gave back some of the gains made after UK lawmakers voted yesterday against leaving the EU without a deal in place. GBP/USD reached as high as 1.3383 yesterday, its highest since June 14 last year but has since retreated to 1.3264. Tonight Parliament votes on whether to request an extension to the Article50 deadline. Should lawmakers vote in favour, such a request would still require the EU’s agreement, no doubt with some tough conditions attached. Worst case scenario? The conditions are too demanding and the UK leaves either with an inferior, (even more-) rushed deal or with no deal at all. Either way, GBP could be in for a roller-coaster ride.

There’s not much on the data calendar today, with the UK Parliamentary vote grabbing the spotlight. Germany’s consumer prices are seen steady at +0.5% m/m and +1.6% y/y in February while US new home sales are expected to fall 0.9% from a month earlier in January. 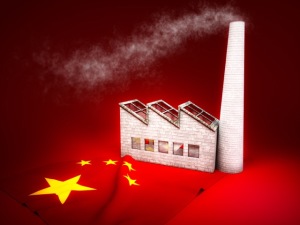