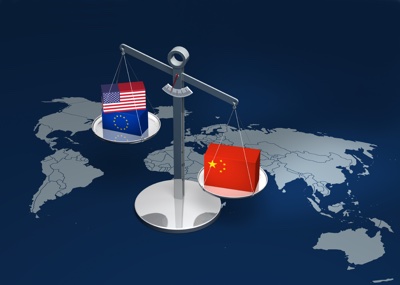 Both imports and exports higher than estimate

Imports rose 27.3% y/y in US dollar terms, the fastest pace of growth since January, and beat economists’ forecasts of +16.2% by a large margin. Exports also topped estimates, rising 12.2% y/y, defying speculation that the imposition of the first US tariffs on Chinese imports would have an adverse effect on trade. The trade surplus narrowed to $28.05 billion, giving back most of June’s gains. The stronger imports numbers gave the Aussie a quick knee-jerk boost, but it failed to breach the 55-day moving average at 0.7450 to the US dollar.

RBA’S Lowe says no case for near term rate move

In a speech today, RBA Governor Lowe said there is every chance that the next move in rates would be higher, something he he has said before,  if the economy evolves as predicted, but current conditions do not present a convincing case for a move in the near term. He reiterated that the timing of the move would be dependent on unemployment data and inflation moving to the middle of the target range. He also admitted that an escalation of the trade war could be damaging for the global economy. AUD/USD was already mildly higher after the Chinese trade data and the comments assisted the gains, though not aggressively so. The pair is currently trading at 0.7425.

Late yesterday the US Administration announced it would be imposing 25% duties on another $16 billion of Chinese imports in two weeks, which prompted China to respond that it would retaliate again with dollar-for-dollar tariffs of its own. In a dinner engagement, US President admitted that they are having a troubled relationship with China at the moment, but praised his own trade policies and predicted that Q3 growth would have a “5” in front of it. That seems an ambitious call, given that the most optimistic of forecasters in surveys conducted by Bloomberg sees only 4.4% quarter-on-quarter growth. The median estimate is for just 2.9%.

It’s another lackluster day on the data front with US mortgage applications and a speech by Fed member Barkin the only items of note. Weekly EIA crude stockpiles feature on the commodities side, while late in the session the RBNZ will announce its latest interest rate decision. No change in rates is expected and the accompanying statement is not expected to differ much from the last meeting.

The full data calendar can be found here: https://www.marketpulse.com/economic-events/ 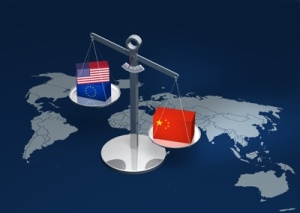