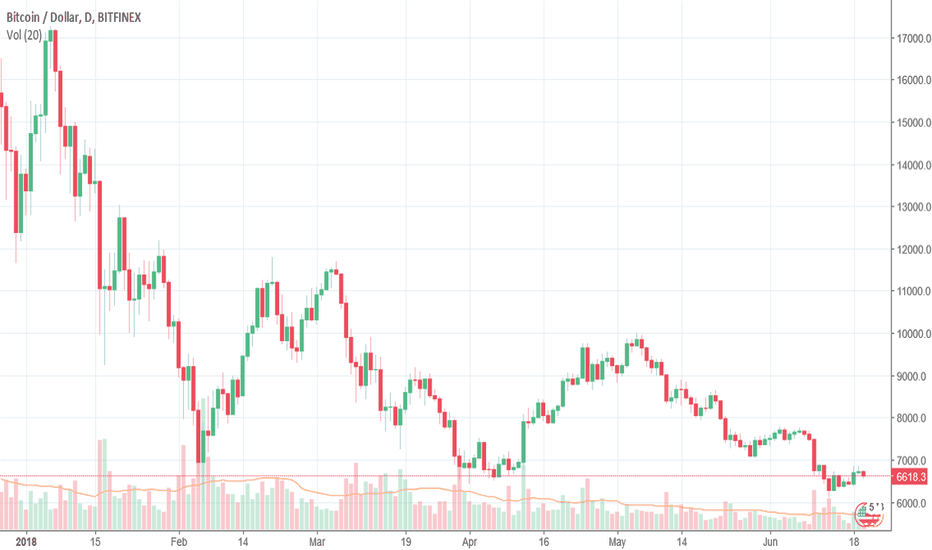 Bitcoin             price failed to continue the recovery on Tuesday, with the $6,800 area represents a rather tough local resistance. During the early hours on Wednesday, BTCUSD             has once again bumped into the barrier and turned lower, while keeping above the $6,500 level for the time being.

The recent pressure on the digital currency came from stronger USD demand amid the general risk aversion. Meanwhile, the negative industry developments added to the bearishness. In particular, Bithumb, one of the largest cryptocurrency exchanges in Asia, said that 35 billion won of tokens were snatched. It is around $31 million. The exchange has temporarily frozen deposits and trading. This is already the second such incident in Korea, with just one week ago, Coinrail lost $40 million through a hack.

Apart from these factors, the technical picture points to the downside risks as well. The coin remains within the bearish trend and could nurse additional losses in the near term, should the mentioned $6,800 resistance hold. The cryptocurrency needs to get back above $7,000 at least to target the $7,800 key local barrier.