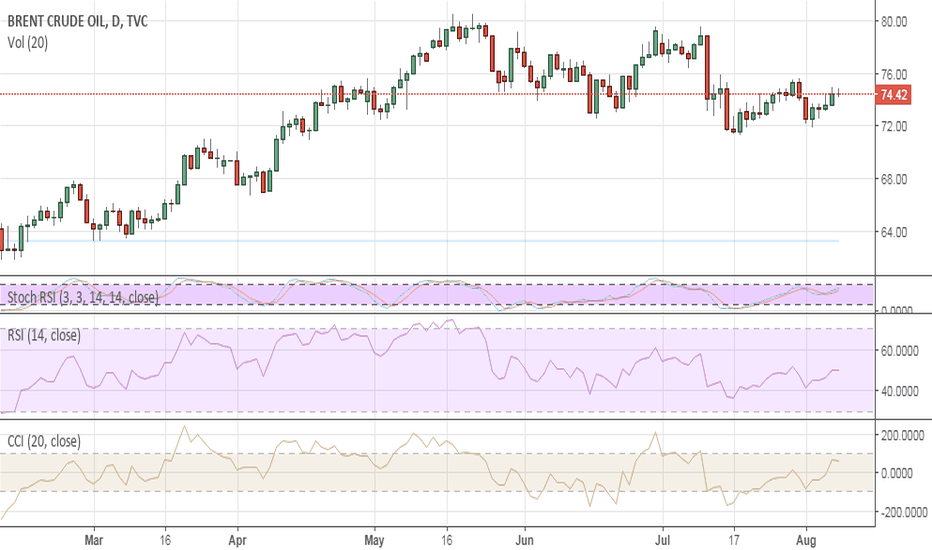 Crude oil             prices have been rising over the past few sessions with Brent has settled above the $74.50 area. However, the market lacks further upside momentum and the risks of resuming the decline remain. The key immediate obstacle for bulls now comes at $75, with the next upside barrier lies around $75.20, where the 50-DMA             lies.

Despite the ongoing recovery, the potential for further rise in Brent crude looks limited, and the price shows signs of momentum exhaustion already. The longer the asset remains below the $75 handle, the greater becomes the risk of a downside correction in the short term as the market needs additional catalyst to proceed with the corrective rebound.