The Canadian dollar is trading quietly for a second successive day. In the North American session, USD/CAD is trading at 1.2112, up 0.37% on the day.

Inflation has been in the spotlight south of the border, and on Wednesday it was Canada’s turn, as CPI for April came in higher than expected. Headline CPI (Y0Y) rose 3.4%, up from 2.2% in March and above the forecast of 3.2%. This is a significant gain, but it should be remembered that it is in comparison to April 2020, when Covid-19 was ravaging the economy.

This means that the Bank of Canada will be able to view this release with ‘a grain of salt’ and is unlikely to feel any pressure to tightness policy. The release failed to make an impression on investors, as the Canadian dollar has fallen on Wednesday.

After the surge in US CPI last week, investors are concerned that higher inflation could be here to stay, despite reassurances from the Federal Reserve that the higher inflation is transitory. The FOMC minutes of the April policy meeting will be released later today (18:00 GMT). There is some nervousness in the market ahead of the release, which means that we could see some movement from the US dollar later in the North American session. Fed policymakers are expected to reiterate that it is premature to discuss easing the massive asset-purchase program (QE) until the recovery has deepened.

The Fed is expected to reiterate its commitment to continue its monetary support for the economy, and may point to the recent weak nonfarm payroll release as proof that it is premature to talk about tightening policy. A research note from the Bank of America said it will be interesting to see how many times the word “transitory” is used in the minutes. 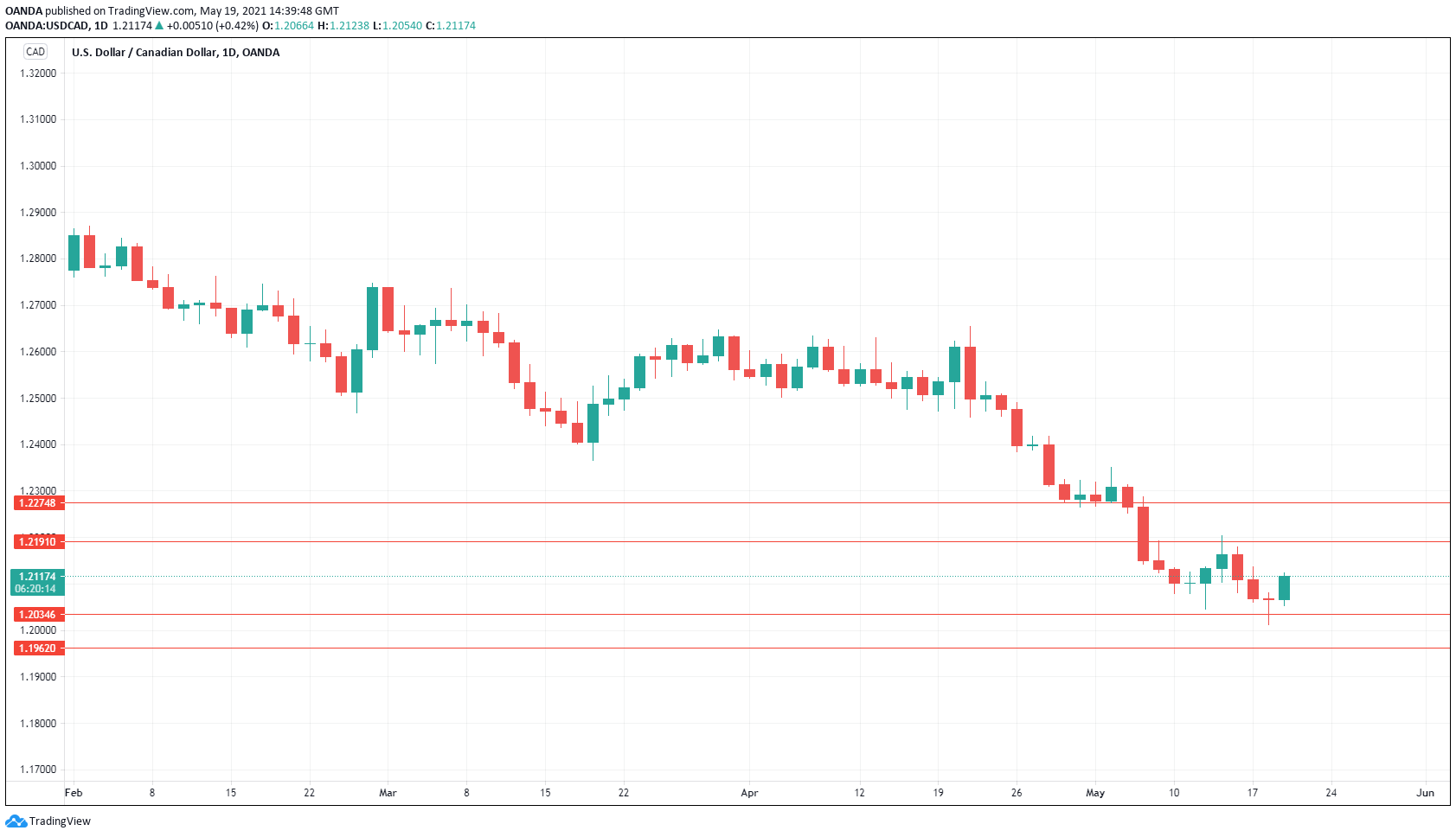 For a look at all of today’s economic events, check out our economic calendar. www.marketpulse.com/economic-events/