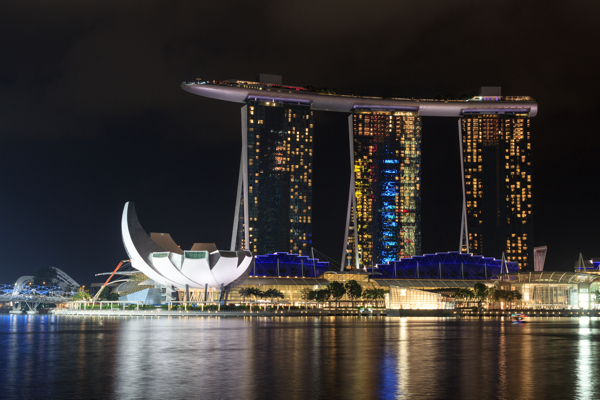 Calm before chaos but more likely the fear of the unknown.

But one thing that we do know for sure is the president’s uncontrollable need to defend his status is more apparent than any strategy when comes to bilateral trade negotiations. But, the far from harmonious Quebec summit confirmed deep-seated G6+1’s expanding policy fissures on a plethora of significant concerns including climate change, the Iran nuclear deal and of course trade. While expectations were not exactly high going into the meeting but the result was a bit worse than even the markets dismal presuppositions but with bigger fish to fry, its back to Trump -Kim summit and other high-risk events including FOMC, ECB, BOJ and Brexit vote, by far the biggest week of the year.!

The Trump -Kim summit is the massive event that has a far-reaching regional implication. While the markets had low expectations going into  G-7, assumptions are running high, so if the talks somehow go sideways, there could be a reasonably aggressive regional risk-off move. Unquestionably a defining moment for the Trump presidency but, we wouldn’t be so far down this path if failure were an option. The summit is the perfect opportunity for President Trump to cement his Nobel Peace Prize nomination while North Korea can ride down the road to regional prosperity. What could go wrong? We’re soon to find out tomorrow as the summit could be ” Gone in 60 seconds.” if President Trump doesn’t ” Feel it”. But ultimately this comes down to Verifiable, Irreversible, Cooperative Dismantlement of the
DPRK’s Nuclear Weapons Program, end of story.

Oil markets
The market continues to trade with an offered bias since prices leaked lower Friday after the reported dip in Chinese oil imports. While OPEC possible supply increases remain the pulse of the market, slashed forecasts and the nervous nelly syndrome has traders walking the supply tightrope heading into the June 22 OPEC Vienna summit.

But as the Trump -Kim summit is to geopolitical APAC risk, so is the OPEC meeting in Vienna to oil markets, its massive!! While the market generally remains bullish, and despite traders adjusting downside hedge ratios, oil could gush significantly lower if OPEC adds significant barrels before 2019

The market opened predictably quiet ahead of the abundance of risk events this week and wholly ignored President Trump going rogue at the G7.

But, with geopolitical risk moderating, although that could change in a heartbeat, this week it will be the FED and ECB that will guide golds near-term fate. The market has pretty much written off a hawkish rate from the Fed, but the problem for gold prices is the Fed hike is unlikely to be dovish hike either given the momentum in the US economy. And this could be the reason why gold prices are not moving in the usual pre-FOMC patterns of selling before and buy after. But there just enough geopolitical angst to keep prices in check

As for the ECB, the bar is high for any policy surprise this week after last week well-orchestrated forward guidance PR job last week that the ECB will discuss pulling off QE at this weeks meeting  However, a hawkish shift  would be detrimental for the USD and ultimately positive for Gold

The Big 3 central banks are out this week and will dominate trading as US dollars fate and near-term direction lie in the hands of ECB and Fed policymakers. While the Fed guidance is expected to remain on policy target, there’s a bit more intrigue on ECB front after last week QE forward guidance. But with the cat out of the ECB bag, and everyone expecting some type response on QE reduction, the bar remains very higher for the ECB to surprise.

The Canadian dollar dropped at the Monday open on the G-7 ruckus but was quickly faded, and we’re back trading below the pre- CAD jobs report data level. Indeed, the escalation in the US -Canada tension does not bode well for the Lonnie, but let’s face, the President will likely walk the more boisterous G-7 comments after his likely success in Singapore.

Regional market struggles are numerous, and it always seems to boil down to stronger USD or equity outflows. But today the seas of red in local equity markets that contributed to broader weakness. There remains net selling by offshore bond investors although that flow has slowed post-election. But in general, the MYR is trading very sensitive to regional risk sentiment which suggests if local equity markets to well so will the Ringgit. But with so many external factors competing for attention, that riskier profiled assets like the MYR will play second fiddle to G-10. So, with the lack of inflow, I expect the current ranges to hold but with the USDMYR to gravitate to the top side of the spectrum. Exposing a possible move through USDMYR through 4.00 if 1) Trump Kim summit fails 2) either the ECB or FED is more hawkish than expected.

This week might turn out to be the busiest week in the markets in some time as events from the usual central bank policy, the critical historical summit on geopolitics, and an important calendar event for global trade will keep traders hoping.

Let us kick things off right here in Singapore with the June 12 summit between the US and North Korea. The hurdle for success has been lowered but with a low bar comes a much significant tail risk if talk collapse.

White House deadline for finalising tariffs on Chinese goods (June 15) which should not be overlooked by any stretch of the imagination. But China continues to offer a very flexible olive branch, so the hope is that matters de-escalate before the deadline.

Then there’s that small matter of the European Central Bank and Federal Reserve Board meeting’s which could be very crucial for the markets next tack.

The Fed is widely expected to announce an interest rate hike on Wednesday, but investors will be keying on forward guidance for clues if the U.S. central bank could raise rates a fourth time this year.

While Draghi’s lieutenants rolled out a well-orchestrated PR campaign leaving the market convinced the ECB would discuss the removal of QE at next week’s meeting. This news is hardly a watershed moment, but being so deprived of any hawkish ECB inference the markets will run take off running at any hawkish glean. But be cautious of Draghi’s propensity to downplay QE reduction at the follow-up presser, which could prove to be a bitter pill to swallow if one decides to recklessly go all in on the EUR at this stage of the game.

Let’s not forget the Bank of Japan policy decision, but this meeting is shaping up to be a bit of snooze, even more so with inflation flagging again. 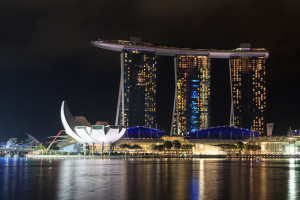