I don’t think I’ve heard the word “inverted” used as often as it has been in the last few days since I started learning aerobatics during flight training in the Air Force. As fresh-faced young men (sorry, no female pilots in those days) inversions were a daily occurrence. The lesson we learned was simple: being inverted for a short period of time is ok, but staying inverted for a long period of time means bad things are going to happen.

The same rule can be applied to the US bond markets. A couple of basis points inversion between three-month and 10-year yields does not an impending economic Armageddon make. A casual look at the official US Department of Treasury yield curve page shows, in fact, that the yield curve on 1 January was almost flat out to the seven-year mark. However, since 7 March, the five- and seven-year yields have been “inverted” (lower) than the three-month yield, making the US yield curve actually bowl-shaped for most of March. The markets happily ignored this warning sign for weeks and continued buying equities in a Federal reserve afterglow as if there was no inversion in sight.

Like a first attempt at a pottery workshop, the 10-year side of the bowl has been slipping, giving it a lopsided look, but is that worthy of the global hand-wringing we’ve seen in the last few days? Probably not, because for most of the year, the markets have been flip-flopping on news – or lack thereof – of a clear US-China trade deal. As I’ve said before, a deal or no-deal remains the only real game in town.

Friday’s inversion perversion came on the back of poor German, French and US purchasing manager indices (PMIs), which sent the equity markets, who had been buying all week, plunging and bond markets rallying. Realistically, the European data has generally been poor for most of the year anyway, so this in itself isn’t news. The US data has been middling, but both confirm what everyone already knew, the global economy is slowing down after a 10-year quantitative-easing-induced bull run.

A recession doesn’t necessarily mean a depression, however, and they can be either harsh or gentle slowdowns. I’ve repeatedly stated that bond markets globally, along with dovish central banks, have been telling us a slowdown is on the way. Some parts of the world will be better equipped than others to handle this. The US can at least cut rates and apply monetary tools while things could be worse for Europe and Japan, where they cannot. Until the US-China trade talks conclude for better or worse, it’s too soon to predict how deep the coming slowdown will be or even when it will occur.

The US Treasury Secretary Steve Mnuchin and Trade Negotiator Robert Lighthizer head back to Beijing for talks this week. In the meantime, the markets need to invert less and calm down.

Emerging markets felt the brunt of the equity market fall out as investors cut risk and rushed into developed market bonds. The Turkish lira (TRY) crumbled by 5% as foreign currency reserves unexpected fell. The Central bank has since clarified this was due to debt and energy payments, which could set the TRY up for a recovery in Asian trading.

The Euro held around 1.1300 supported by bund inflows, and the pound (GBP) reclaimed 1.3200 as the European Union granted a short extension. One of the conditions of the extension, however, is that the UK Parliament must vote this week whether to accept the same deal they rejected last week. And given the UK Speaker of the House has invoked a law created when people thought the earth was flat to block this (thereby perfectly summing up Brexit thus far), the picture is far murkier on Brexit than the street is pricing in. Being long GBP above 1.3300 could remain a very dangerous game.

The S&P and Dow Jones fell 1.8% on Friday while the Nasdaq dropped 2.5%. Soft US PMI data compounded even-worse PMI data from Germany and especially France, which saw European equities hung, drawn and quartered.

With investors dumping equities on Friday and running to the apparent safety of G-7 bond markets, it’s hard to see anything but a sea of red this morning in Asia Pacific. Things may calm down if we feel some good vibrations from the trade talks in Beijing later this week, but it could be a rocky few days to start.

Thailand may see some extra spice as the results of their first election since 2014 are revealed. However, they have been delayed by a day and won’t be released until later today.

Oil plunged on Friday amid global growth fears. Brent crude fell 1.40% to USD66.90 a barrel and WTI dropped 1.80% to USD58.90 a barrel. Although hardly surprising given both were very overbought technically, oil may actually find a few friends this morning.

Reuters is reporting that two Russian Airforce planes carrying troops have landed in the Venezuelan capital Caracas. With the markets in mountains-out-of-molehills mode, this could give some geopolitical support to both contracts in Asia this morning.

Gold rose just 0.40% to USD1,313.50 per ounce on Friday – a very disappointing result for the yellow metal on a tumultuous risk aversion day. Gold bulls would have expected a much stronger performance given the equity and emerging-market sell-off, but for now, safe haven flows appear to be strongly favouring the bond markets.

Gold’s outlook is still very constructive from a technical aspect, and it’s likely Asia will be an enthusiastic buyer on any dips today. 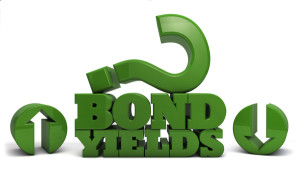