Rate differentials, global growth concerns and G7 Central Banks ‘extra’ dovish rhetoric this week has provided the U.S dollar ample support to be trading at six-month highs across the board. Even the petro-currencies are having trouble gaining traction despite the elevated crude oil prices. Brent, in particular, has been receiving support from a halt of Russian oil exports to Poland and Germany via a pipeline due to quality concerns and also from the U.S announcement this week that it would end all exemptions for sanctions against Iran, demanding countries to halt oil imports from Tehran from May.

All eyes are now on tomorrow’s advance Q1 U.S GDP release (08:30 am EDT). Investors are looking for clues on how the U.S economy responded to Trump’s government shutdown and fallout from the Q4 market rout.

On Thursday, Sweden’s Riksbank tweaked its forward guidance so that the Repo Rate would remain at current level for somewhat longer period of time than was forecasted back in February – the next potential rate hike is near year-end or in early 2020 (revised from H2 of 2019). The Riksbank also extended its QE program and would buy government bonds for nominal value of SEK45B from July 2019 to December 2020.

In Japan, the Bank of Japan (BoJ) kept its policy steady but clarified its forward guidance to reinforce it will not hike anytime soon. Governor Kuroda in his press conference stated that it was “possible that the time frame under forward guidance could exceed the spring of 2020 thus could keep low rates beyond that time period.” He reiterated that a “virtuous economic cycle was in place, but consumer prices had remained somewhat weak,” and expects CPI to pick up towards the +2% target “gradually but likely would take time.”

In Canada, the Bank of Canada (BoC) held its key interest rate steady yesterday and lowered its growth forecast for this year, signaling that further rate increases are unlikely in the near term. By dropping any reference to future rate hikes, Governor Poloz delivered his most ‘dovish’ signal in two-years.

Nothing really has changed since the Easter holiday break.

There is talk of U.K PM Theresa May trying to pass the Withdrawal Agreement with amendable bills, but nothing major has changed. No votes are planned yet, talks with Labour are ongoing, but not progressing.

Italy’s falling bond yields have helped improve debt financing costs, and that will probably shield the country from an S&P downgrade this Friday (expected after 04:30 PM EDT – currently, S&P rates Italy at BBB, two notches above junk, but has a negative outlook on the country). While the consensus expects Italy will maintain its investment-grade status, a cut cannot be ruled out. The 10-year BTP/bund yield spread has widened from last week to +264 bps, but the pace is measured, which suggests that the market probably expects ‘no change’ from the ratings agency.

On the Sino-U.S trade front, Trade Representative Robert Lighthizer and Treasury Secretary Steven Mnuchin announced earlier this week that they will travel to Beijing for trade talks beginning on April 30.

On the Economic Calendar, no releases are scheduled for this weekend. Japan’s 10-day Golden Week holidays begin this weekend and in Spain, Parliamentary election take place this Sunday (Apr 28). 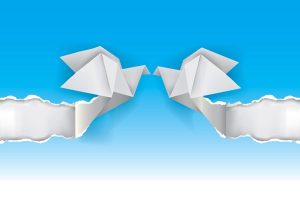