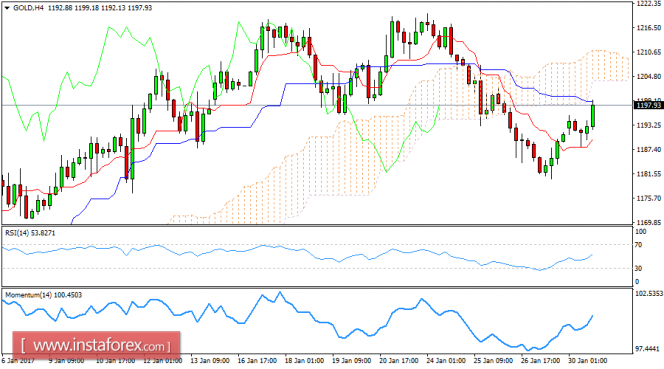 Gold price shows a bearish bias after approaching the critical resistance at 1,197.10, which represents one of the next trend keys besides 1,183.83 support, where the price is following its way to test this support. Therefore, we prefer staying aside for a while in order to monitor the price behavior according to the key levels represented by 1,183.83 support and 1,197.10 resistance. Please note that breaching this resistance will confirm that bearish correction unfolding in the recent sessions is to stop. The correction is to be followed by rallying towards 1,218.55 initially. Besides, breaking 1,183.83 will extend the bearish wave to target 1,173.00 and might extend to 1,162.40 before any new attempt to rise. The expected trading range for today is between 1,180.00 support and 1,210.00 resistance.

The post Daily analysis of Gold for January 30, 2016 appeared first on forex-analytics.press.