A number of sovereign yields have plummeted to new year lows while risk aversion trading strategies have tended to dominate proceedings as U.S/China trade talks (Mar 28/29) remain a focus along with U.Ks Brexit next steps. U.S recessions fears are being stoked by the inversion of U.S three-month bill rates and the benchmark U.S 10-year note curve.

The Reserve Bank of New Zealand (RBNZ) blindsided the market by raising the possibility of a rate cut as its next move. Mid-week, the RBNZ left their official cash rate (OCR) unchanged as expected at +1.75%. The accompanying statement indicated that the next rate adjustment is “down” as opposed to the prior statement that the “next move in official cash rate could be up or down.” Following the statement, money markets are currently pricing in a rate cut for next November 2019 versus June 2020. New Zealand 2-year yield have declined over -10 bps.

South African Central Bank (SARB) kept interest rates steady and cut their economic growth outlook all the way to 2021. The unanimous decision to keep rates steady at 6.75% was widely expected. The MPC noted that they continue to assess the stance of monetary policy to be accommodative.

Just beware Friday around the close, the Rand ($14.6308) could see some movement. Moody’s is the only one of the three major ratings agencies that has South African debt at investment grade. It raised the outlook on the assessment to stable from negative in March, and will publish its next assessment on March 29, a month after the release of the 2019 budget.

The situation remains fluid, with many not understanding what happens next. UK MP’s failed to find a majority for any alternative Brexit arrangement this week to PM May’s Brexit deal, but agreed by an overwhelming majority that they opposed leaving the EU without any agreement.

PM May also offered her resignation to get her Brexit deal passed through, but the math showed it still would not be enough. PM May needs 76 more votes, and even if she got the maximum number from the DUP, wayward Conservatives and Labour, she would barely scrape over the line – her deal still seems to be doomed.

Even if a meaningful vote 3 could be tabled, it still needs to pass House speaker Bercow’s litmus test.

The U.S economy lost more momentum than expected in Q4. The final GDP reading grew at a +2.2% annualized rate, lower than the first revision of +2.6% and below the markets forecast of +2.3%. Even consumer spending grew at a slower pace of +2.5%, missing expectations by a tenth.

No surprise that the U.S labor market remains the brightest part of the economy. Jobless claims showed the number of workers filing new applications for unemployment fell more than expected.

Expectations have already started to grow for the Fed to cut more than -25 bps by the end of the year. Global growth concerns are hurting the US economy and right now the markets focus is still about seeing a trade deal get done between the two largest economies.

China’s latest offering in trade talks is to allow foreign technology companies to own data centers. Intellectual property theft, greater access to Chinese markets and enforcement are all key roadblocks that still need to be addressed for the U.S to sign off on their end of the trade agreement.

Over the next 48-hours U.S Trade Representative Lighthizer and Treasury Secretary Mnuchin will try to make some headway in Beijing. Trade details may be forthcoming over the weekend. Expectations are low that we will see both sides agree upon enforcement with this round of talks. The base case still remains a framework agreement signed by the end of May.

President Trump tweeted that it is very important for OPEC to increase the flow of oil and voiced concerns about world markets being fragile and that oil is getting too high.

On the Economic Calendar, China Caixin manufacturing PMI is released on Sunday Mar 31.

**DST – clocks go forward in Europe on the weekend 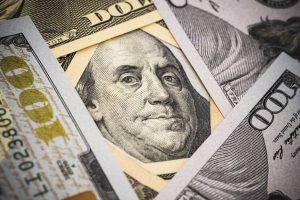