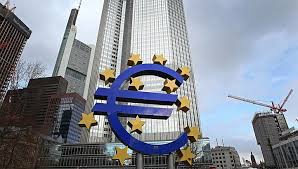 Central bankers gathered in Berlin Wednesday confirmed the European Central Bank (ECB) is set to finally discuss the end of its massive bond-buying program — something that its President Mario Draghi has so far refused to do.

Speaking at a conference, the ECB’s Chief Economist Peter Praet said the bank will discuss next week how to wind down its 30 billion euros ($35 billion) monthly-purchase program — implemented in 2015 to revive the euro zone economy following the sovereign debt crisis.

“Next week, the (ECB’s) Governing Council will have to assess whether progress so far has been sufficient to warrant a gradual unwinding of our net purchases,” Praet said about the meeting due on June 14 in Latvia.

A Hawkish ECB Backs up Yields and Supports EUR