It’s been a strong run for the pound after the UK avoided a no-deal Brexit that would have been a massive setback for the economy as it grapples with its third national lockdown.

The pound overcame a number of hurdles in that period, smashing through the 200/233-day SMA band before hitting a new eight month low late last week. 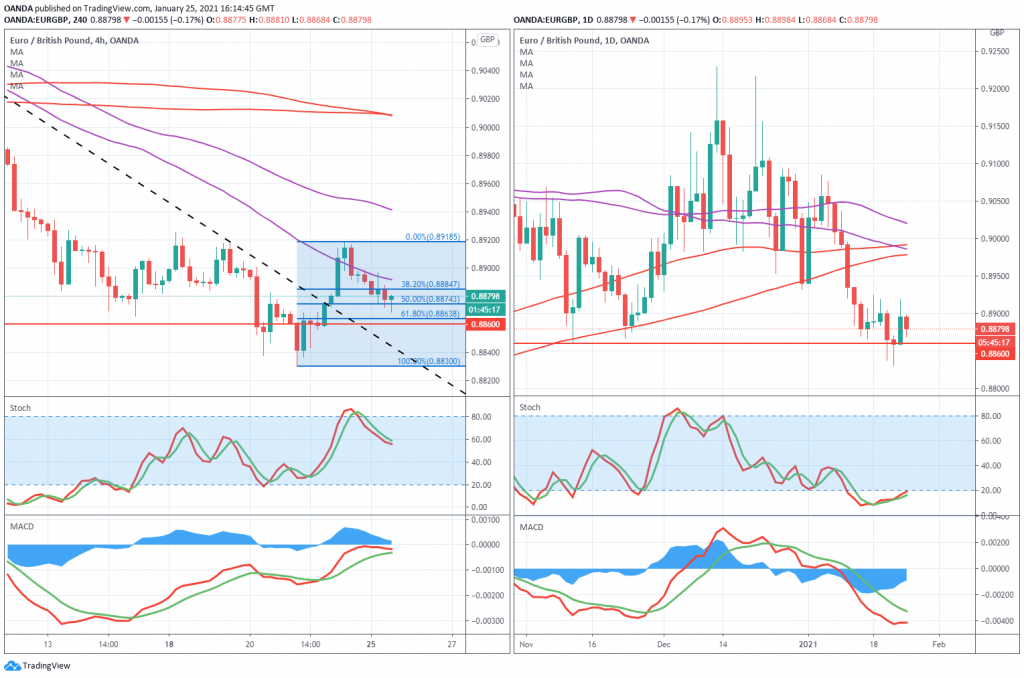 Since breaking through what looked a key support level , the euro has had a little more fortune against the pound, breaking through a descending trend line on the 4-hour chart and opening the door to a potential correction.

The longer term trend potentially still favours the pound but in the interim, the euro may recoup some of its losses.

Key support below is 0.8860, the longer term support and 61.8 fib of last weeks lows to Friday’s highs. A bullish rotation off this could see 0.8920 emerge as an inverse head and shoulders neckline.

Suddenly, the prospects of a correction are increasing, with a break of that neckline potentially opening a move back towards 0.9, based on the size of the formation. This would coincide with the cluster of SMAs (55/89 and 200/233 bands).

A move below 0.8860 on the other hand and this is looking less promising. It should be interesting to watch in the coming sessions.

Using Harmonic Pattern Plus and X3 Chart Pattern Scanner Together

Using Harmonic Pattern Plus and X3 Chart Pattern Scanner Together