EUR/USD traded narrowly in light trading in Asia to start the week. The FX pair is currently at 1.1237 after rebounding from channel support on Friday. The US dollar, as measured by the Dollar Index, tracked marginally higher in muted activity in Asia this morning as investors mulled the mixed data in the US payrolls reports on Friday.

There was an air of disbelief in the headline payrolls number, at 20,000 jobs, the lowest number added since September 2017, traders searched for reasons behind the weak data ranging from seasonality to the US government shutdown (why didn’t it affect last month’s numbers) to the weather. Sentiment was rescued a touch by the stronger earnings (highest annual growth since April 2009) and unemployment data. Now, we have to wait until next month’s data to see if there is a correction.

Most risk-beta currencies traded with a defensive bias, with equity markets perhaps displaying a more convincing sentiment. The US30 index declined almost 0.5% while the SPX500 slid 0.05%. China shares were buoyed by China’s central bank governor saying trade talks were progressing well, with the CN50 index rebounding 1.2% from a 7% two-day drubbing. AUD/USD slid 0.1% to 0.7038 while USD/JPY was steady at 111.13.

The pound slips at start of crucial Brexit week

GBP/USD edged downward to touch the lowest since February 19 in Asia trading amid nerves ahead of crucial Parliamentary votes starting tomorrow. The UK’s Financial Times reported that PM May could be forced to resign, hence the softer bias this morning. The first obstacle she faces is tomorrow’s vote on her current deal with the EU, despite being able to secure any improvement in the terms in ongoing negotiations with Europe. Whichever way the votes go, it will be a choppy week for the pound.

Germany features heavily on the European data calendar, with the release of January industrial production numbers featured. Factory orders for the same month posted the weakest growth in seven months and, at -2.6% m/m, the third month of contraction in a row. This could impact industrial production, which is expected to show a 0.4% increase from a month earlier.

US retail sales for January are expected to rebound from December’s contraction, with surveys suggesting a 0.1% gain from a month earlier. 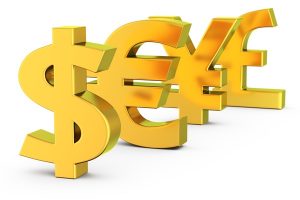