Mario Draghi has been back on the airwaves this morning doing what he does best.

The ECB President – for a few more months at least – has become known for his ability to talk down the euro even during periods of tightening and this morning, he’s delivered in true Draghi fashion once again.

His claims that the asset purchase program still has considerable room and interest rates could fall further did not fall on deaf ears, with the euro shedding a third of one percent against the dollar (around 50 pips) and stock markets which had opened relatively flat moving healthily into the green. All in a morning’s work for the man so adept at this kind of thing. 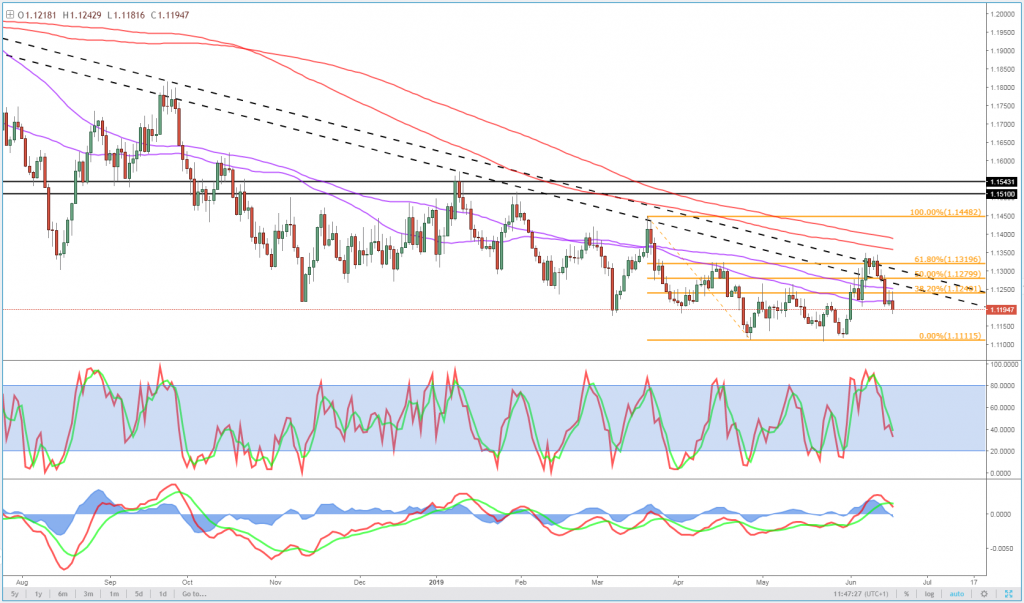 The question now is whether we’re now seeing evidence of the downtrend continuing or whether the breakout, no matter how brief, was a sign of it being exhausted. As you can see on the 4-hour chart below, we’ve already seen a break of the 61.8 fib level which may suggest the downtrend remains in force but after such a downturn, it wouldn’t be ridiculous to suggest an early reversal correction may hit the 78.6 fib, around 1.1150. Signs of trend exhaustion here could be interesting. 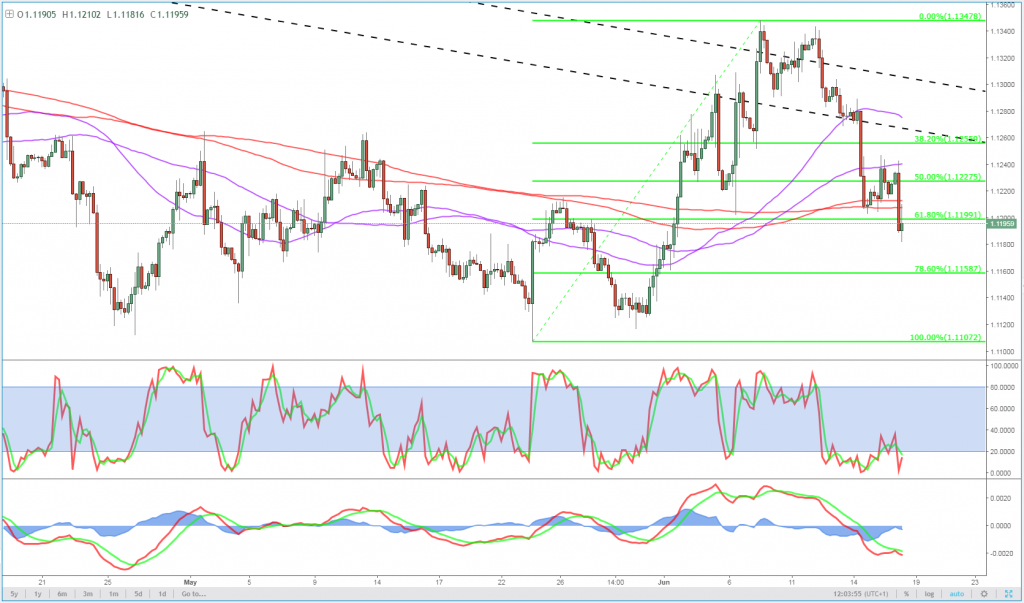 There were no hints at when policy loosening will come but the admission that these options were discussed at the last meeting and will be discussed in future suggest we may not be far away. That was enough to send bond yield tumbling, with the German 10-year hitting a record low, continuing the trend its been on since early October.

It wasn’t too long ago that we were facing the prospect of rate hikes to mark the end of Draghi’s tenure but clearly the era of unconventional stimulus is not behind us after all. 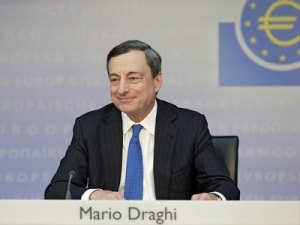