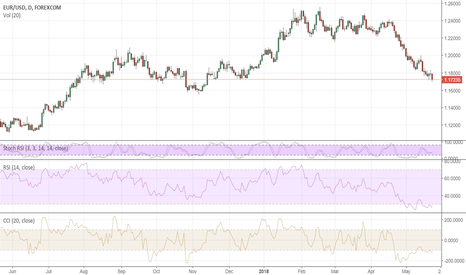 The greenback is back on the offensive across the board except for the yen and the Swissy which are in demand amid a broad risk aversion on the back of negative Trump’s comments on trade negotiations with China. The dollar resumed its ascent after a recent mild correction, and the bulls seem to be ready for another attack.

The short-term direction in USD pairs will depend on euro             zone, UK, and US PMI data. But the key focus today is the release of the FOMC meeting minutes. The central bank is expected to express optimism over the economic growth and inflation . But the market expectations may be overheated as investors were lately pricing in a more aggressive tightening by the Fed this year. So there is a risk of disappointment, should the tone of the minutes come less hawkish than expected.

Even so, this scenario will hardly derail the overall bullish tone around the buck. EURUSD             failed to stage a recovery above 1.18. In the medium term, the pair could lose the 1.17 support and go down to the next important area of 1.1660. The immediate downside pressure will ease in case of a rebound above the local resistance of 1.1830.