GBP on the Decline Ahead of BoE Announcement

Sterling volatility has certainly picked up over the last 24 hours, with May’s article 50 extension request appearing to be the trigger. While the short extension request itself came as no surprise, it seems the EUs insistence that it’s tied to a deal being agreed in Parliament did cause a stir. While this kind of ultimatum may have caught some off-guard and, given the lack of consensus, led some to believe that a default no-deal has become more likely, it also creates urgency for Parliament to pick a side and do so when another vote is not an option.

Ultimately, MPs have clearly indicated that they do not support no-deal and, in the absence of incredible incompetence, it will always be possible to avoid it, especially as they retain the ability to withdraw article 50 if they so choose. What we will therefore more likely see over the next week is MPs will finally be forced to make a choice between no-deal, May’s deal or a long extension with a plan on the direction of travel. Until now, this has not been the case. MPs finally have to show their hand and this will favour May. Whether it will be enough, we’ll have to wait and see but as ever, I feel there’s still time for one more twist, something that gets her deal over the line which would be positive for the pound.

BoE announcement interesting but will it have a big market impact?

One thing that may not rattle the pound too much today is the Bank of England meeting. It’s hard to imagine the central bank is going to be too keen to overcommit to anything given the sheer amount of uncertainty that exists around Brexit. Instead I expect it to reflect on the strength and resilience of the economy, low unemployment, strong wage growth, on-target inflation and leave open the possibility of a rate hike this year in the event of a smooth Brexit.

Of course, other central banks have become more dovish recently, in the face of a weaker global economic environment, but then the UK is arguably behind the curve because of the impact of Brexit uncertainty and the economic data may warrant higher interest rates, as long as the economic threat of no-deal Brexit is avoided. With all this in mind, I think the meeting today will absolutely be interesting but may not have the pull in the markets that you would typically expect.

The decision by the Fed to go all in on the dovish pivot caught markets off guard, with investors expecting a more cautious and gradual approach from a central bank that typically errs on the more hawkish side. Whether this is a sign that policy makers are genuinely concerned about the economy in 2019 or that they’ve finally bowed to external pressure, it’s certainly a bold move following a year in which they hiked rates four times and one they may be forced to retreat back from as the year progresses.

It is consistent with market expectations for interest rates prior to the event though and has even pushed up expectations of a rate cut by next January to above 70%. Slower growth and rate cuts do not bode well for equity markets heading into an election year, a sign possibly that these higher levels of growth are not as easy to come by as Trump assumed and the big, bold stimulus packages – like the tax cuts which drove a stellar year in 2018 – do in fact have a limited life span.

Fed a bullish catalyst for Gold

The dovish surprise from the Fed hit the dollar hard overnight, with the greenback slipping to its lowest point since the start of February. The bleeding could have been worse were it not for the pound giving the greenback a good run for its money. It’s not all doom and gloom for the dollar which remains within the range it’s traded in since last October – albeit now towards the lower end – but the near-term could be challenging.

This has offered some welcome reprieve for gold, which typically benefits from both a weaker dollar and dovish pivots from central banks, both of which the Fed delivered last night. Gold had been struggling to gather any real upward momentum despite having risen over the last couple of weeks but yesterday’s Fed shift may prove to be the catalyst it needed to propel higher. We are seeing some resistance around $1,320 which could prove to be an important level. A break above would be very bullish, with the $1,340-1,350 area being the next major resistance, while a rotation off here could signal a continuation of the correction we’ve see over the last month. 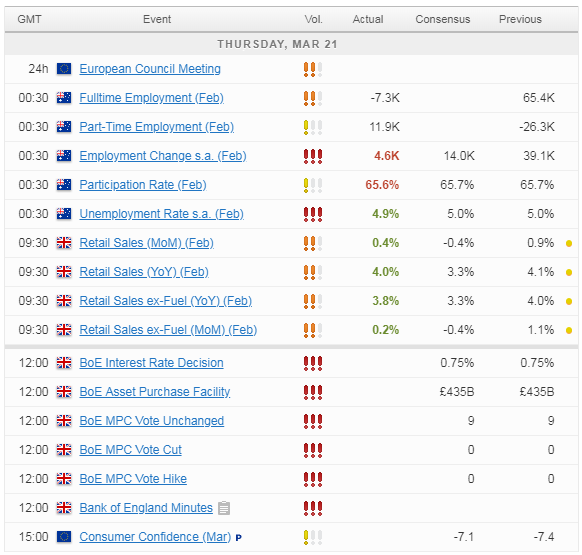 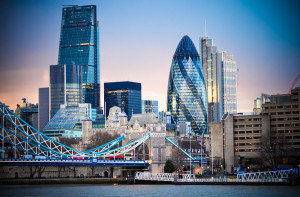