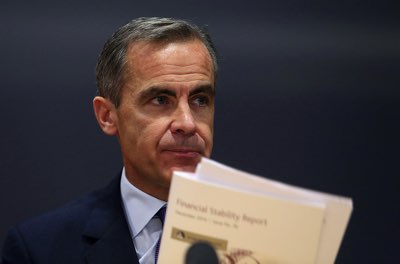 Stocks Benefiting From Lack of Escalation on Global Issues

We could be in for a relatively calm end to the week, which investors may welcome given how beneficial it has been over the course of the week.

A slight down day on Thursday and marginal losses in futures ahead of the open today shouldn’t take anything away from what has been a decent week for equity markets, which have benefited greatly from the lack of noise around Syria or trade wars. The gradual improvement in sentiment has accompanied the lack of escalation on both these issues, something that will only be sustainable as long as it continues.

Earnings season in the US is also helping matters with the financial sector in particular having reported some strong numbers for the first quarter. It’s likely to be a strong season of growth for earnings, aided considerably by Donald Trump’s tax reforms, the question now is whether other sectors can live up to or surpass the hefty expectations.

Carney doesn’t “want to get too focused on the precise timing, it is more about the general path”

The pound is slipping again this morning, after having suffered sizeable losses late on Thursday in response to Bank of England Governor Mark Carney’s rather dovish comments. While Carney didn’t deviate from the view that gradual rate hikes are going to be necessary, he did cast doubt on whether the next will come in May, which was heavily being priced in earlier this week. 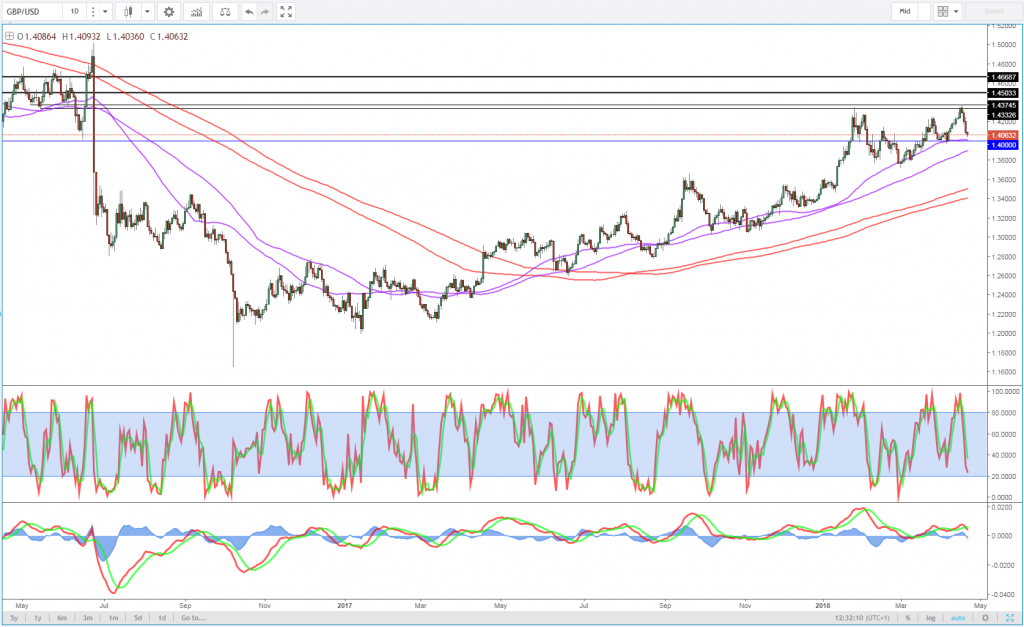 It’s actually been quite a bad week for the pound, which peaked close to 1.44 against the dollar on Tuesday before falling more than 2% in response to a series of disappointing data releases. The numbers we’ve seen when combined with the uncertain outlook certainly warranted a rethink from policy makers at the BoE but until now, I wasn’t convinced they would actually reconsider having spent months laying the groundwork for a May rate hike.

While a hike is by no means off the table, the comments from Carney are a clear and deliberate warning to markets that the Monetary Policy Committee could delay the move by a few months, at which point the data may be less sketchy and the outlook more clear. Market expectations have since fallen to around 45% for a rate hike and could fall further if fellow policy makers join Carney is playing down an increase in a few weeks. 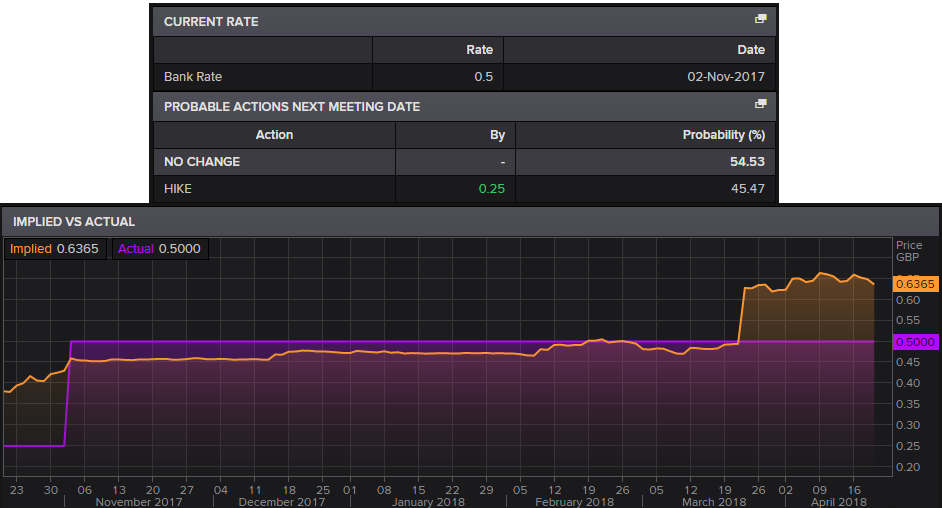 One policy maker that won’t be joining him is Michael Saunders – voted for a hike at the last meeting – who spoke this morning about the need to raise interest rates at a “gradual” not “glacial” pace and questioned the significance of first quarter data due to the weather. He also claimed labour market inflation pressures are greater than forecast in February so I wouldn’t expect his vote to change next month. The question is what camp the other policy makers sit in, Carney’s or Saunders’. 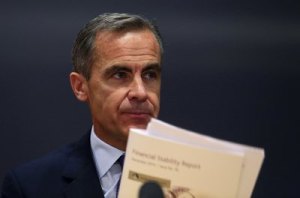