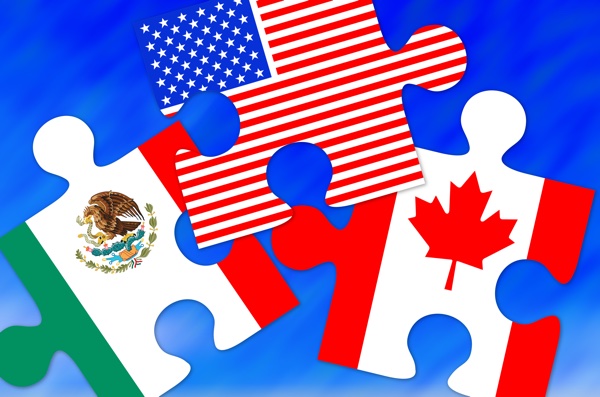 Bloomberg is reporting U.S. and Canadian negotiators are close to a deal on Nafta and there’s optimism it will be reached by the Sunday deadline — an outcome that would avoid an impasse that imperils $500 billion in annual trade, people familiar with the talks said.

There’s renewed urgency to nail down a new North American Free Trade Agreement that could be published by Sunday so it can be signed by Mexican President Enrique Pena Nieto before he leaves office, the people said. The U.S. and Mexico reached their agreement in August, triggering talks between the U.S. and Canada, which are being held around the clock this weekend. ( Bloomberg)

What’s interesting about this latest twist, is that The U.S. trade representative was expected to post text online this weekend that will lay out more of what Mexico has agreed to so far in the renegotiation of the North American Free Trade Agreement. But the text was supposed to exclude details about Canada. Since the version was never posted online, could US trade representatives be holding it back so they can post one for a trilateral agreement which includes a  Canada provision?  A lot of smoke signals on this call, and where there’s smoke there’s usually fire.

The implication for the Canadian dollar is enormous. Given the stellar GDP print last week, a data-dependent BoC governor Poloz, and skyrocketing oil prices, 1.28’s would seem like a lock. But with commodity Bloc of currencies expected to receive a fillip from rising hard and soft commodity prices, perhaps there is even more CAD juice to be squeezed if NAFTA 2 gets inked.

Media: Please Join me on Bloomberg TV live from the Singapore Studio at 7:10 AM SGT Monday, Oct 1, discussing my views on NAFTA2,  RBA, Brexit and splashed with a bit of Brent and a sprinkled with some   Iron Ore flakes.   Bloomberg TV Asia 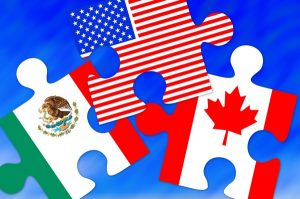