USD/JPY has posted slights gains on Thursday. In the North American session, USD/JPY is trading at 110.73, down 0.20% on the day.

Despite today’s improvement, the yen remains under pressure. Earlier in the day, USD/JPY touched a high of 111.11, its highest level since March 23, and the pair is up 1.04% in the month of June.

On Wednesday, Japanese manufacturing activity slipped to its lowest level in four months. Japan has the unwanted distinction of being the only G-7 member that has a composite PMI below the 50 level, which separates contraction from expansion.

Inflation levels remain at very low levels in Japan, and with the economic downturn due to Covid, that trend is unlikely to change anytime soon. Tokyo Core CPI will be released later today (23:30 GMT). The index hasn’t managed to record a gain in some 10 months, and the June forecast stands at -0.1%.

The Fed continues to be in focus this week. On Tuesday, Jerome Powell tried to reassure lawmakers that the surge in US inflation was transient and inflation would fall back below the Fed target of 2 per cent. Notably, Powell said that the Fed would not raise rates solely because of high inflation. US inflation surged to a 13-year high in May, and there is growing unease that the strong economy could produce runaway inflation.

Fed member Bowman also sounded dovish this week, but other members showed a more hawkish bend. Fed member Kaplan said he expects a rate hike in 2022, joining members Bostic and Bullard in this stance. Investors can be forgiven for not knowing where the Fed stands, hence the palpable nervousness that the Fed may tighten of policy sooner rather than later. We’ll get another look at inflation on Friday, with the release of the PCE Price Index. The consensus is a gain of 3.4% in May y/y, up from 3.1%. This index is the Fed’s preferred inflation gauge, and any surprises from the release could affect the direction of the US dollar. 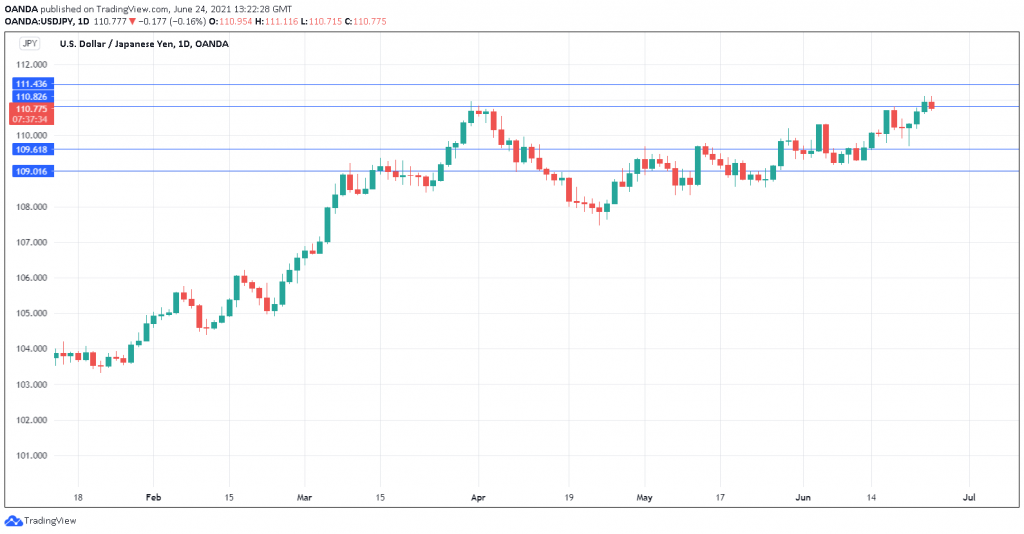