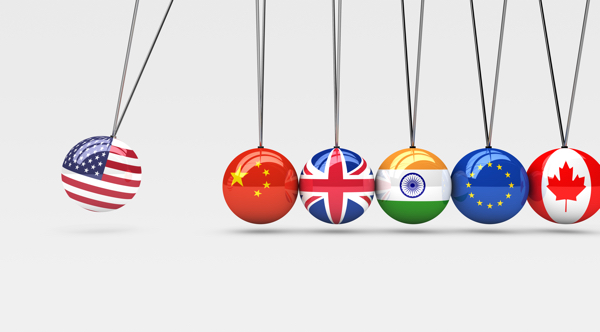 Mario Draghi, the master of the dark art of central bank  communiqué

After last week’s dramatic price action dubbed “the biggest week of the year” we have another potpourri of events to side-track from the World Cup games this week. There’s more than enough risk events to keep things exciting with a plethora of central bank decisions and speakers, critical economic indicators, the quad central bank governor panel for EUR, USD, JPY and AUD take the stage at the ECB’s Sintra forum. And of course, all eyes will be on the first OPEC summit since the US pulled out of the Iran deal which is likely to end the week on a production high.

ECB’s forum in Sintra will likely explain ECB dovishness despite announcing the likely end of its asset purchase programme. Of course, Mario Draghi being the master of the dark art of central bank communiqué has sent the dollar and euro diverging thanks to the Draghi effect. So while reducing central bank largesse, but fearing a sudden spike in both the Euro and yields, the “master” has effectively pushed back the markets ECB rate hike pricing to December 2019 and widening policy rate differential to the highest since 2007. And for even the most ardent US dollar bulls, this was far more dovish of a taper than anyone could have imagined. But does the ECB start to back peddle or stay the course?

Undoubtedly last weeks Euro shellacking will continue to be a significant focus in the weeks ahead.

The dollar is in the driver seat.

The Federal Reserve Board is the last man standing on the policy front suggesting the connection between advanced economies yield differentials will favour the US dollar in the months to come, and the USD could remain in the driver’s seat for the foreseeable future.

While the US economy runs hot,  waning Chinese and Eurozone economic activity indicates downside risks to global growth, which should keep policy rates in check for longer despite the hawkish Fed.  But the Pboc in a very precarious spot as the economy is fraying at the edges due to Beijing’s effort to curb excessive debt yet don’t want a run on the currency at a time when administrators are promoting internationalization.

This week’s Eurozone data will be followed very carefully to see if the economy will re-emerge from the recent slow patch. Seldom do currency markets move in a straight line and there’s never a free lunch in FX trading so a near-term extension lower for the Euro will be very much dependent on this weeks risk events.

Oil prices tanked more than $2 a barrel Friday after  Russia and Saudi Arabia all but confirmed a production increase and sentiment shifted from doubting OPEC will reach a consensus to apprehension that both Russia and Saudia Arabia could push through their choice for more supply regardless.

While US crude exports to China were dealt a blow after Beijing slapped a retaliatory tariff on vital American exports like cars and crude oil.

OPEC week is finally upon us as the members along with its oil allies meet in Vienna on Friday and Saturday this week to review the efficiency of their production agreement. All the while  President Trump is applying added political pressure for a production hike,  although the producers have vastly differing opinions to this request.

Russia has been aggressively affirming itself by adding oil to market ahead of the upcoming meeting and is pushing for a significant output hike, Sudia Arabia is suggesting for a modest increase and others are in favour of the status quo. While most industry observers are expecting a production rise, the magnitude and timing of the boost remain uncertain.  Finally, there could also be a complete break down in compliance if both Russia and Saudia Arabia go it alone suggesting prices would move lower.

The most likely outcome being discussed on the trading desk is  adding 500 million barrels per day, approximately equal to 50 % the spare capacity slashed on the current agreement; Brent could trade + $5-6

The most unlikely and most bearish outcome  is adding 1.5 million barrels per day to break the current agreement and add another 500 thousand more barrels to account for the shortfalls from Venezuela Algeria and Angola, Brent could slide lower – $ 8-10

But as usual, the truth probably lies in the middle.

Not sure if I should bury my head in the sand or play the cards that are dealt.

Gold markets had a  considerable purge on Friday, as futures settled at the lowest level of the year only one day after ending at a monthly high. My initial thought was everyone in the retail markets got blown out, but flow wise and current data is suggesting retail still adding to long gold. So, Friday’s clear-out was likely a case of hot and fast money moving out of gold, despite some trade war-induced risk aversion as speculators are choosing to focus on the surging DXY which looks to be on a clear path higher. While $1290 was solid support suggesting on the break a cascade of stop loss order probably intensified the downside move, but none the less its back to the drawing board.

The unexpected ECB bombshell is driving the stronger dollar, and the widening interest differentials are supporting further USD gains which could keep gold investors side-lined. But just as damning, the global economy is far from overheating on the inflation front which has gold inflation hedges unwinding.

Investing should never be a game about picking tops and bottoms. And after Friday’s tumult, as the DXY peaked at 11-month highs and with USD further gains expected in the weeks ahead, in the absence of escalation geopolitical risk, speculators will be more apt to sell gold on rallies in this robust US dollar environment despite a favourable long-term outlook for Gold.

Monetary policy decisions from the BoE, the SNB and the Norges Bank will be in the primary market discussion along with meeting minutes from RBA and BoJ. In EM,  traders will be intently following the reaction from the  Central Banks of THB, PHP, TWD, BRL and MXN responses to the sell-off in their currencies.  Of these, only PHP and BRL are expected to be live meetings. However, GBP and  NOK  will still be carefully monitored to see how hawkish (or not) their banks are, while Banxico my respond or at a minimum issue an acknowledgement to building market pressures.

Expect the RBA and BoJ to continue battling it out to be the most boring central bank on the planet, in other words; the meeting minutes are unlikely to reveal anything we don’t already know.

Key releases include inflation prints in Japan and Canada and flash PMI in the Eurozone and US. Retail sales in Canada, the unemployment rate in Sweden is also out. But given the market’s focus on the Euro, the eurozone PMI’s will hog the lions share of attention.

The tit for tat tariff war likely to rage on.

Like a nagging backache, there appears to be little relief from the protracted trade unease between the US and China. Following the USTR announcement on tariffs on China and the equal Chinese retaliation attention will focus on whether tensions will escalate after President Trump stated that additional trade tariffs would be coming if China retaliated.

EUR: Last weeks sharp decline in the Euro makes sense given the apparent dovishness from Draghi in the wake of a hawkish Fed as the market scrambled for downside exposure. Given the widening differential the Euro should grind lower but on a key Eurozone data miss 1.1520 will be the key where we should expect new institutional selling to re-emerge in droves. But seldom do currency markets move in a straight line and there’s never a free lunch in FX trading so a near-term extension lower will be very much dependent on this weeks risk events.

JPY: It will be a grind higher to +111 as the geopolitical  overhang from trade war escalation is keeping dollar bulls honest vs the Yen

AUD: The Aussie continues to be one of the favourite G-10 whipping boys given a dovish RBA and even more so with global growth concerns back in focus.

There is no break for  Asia FX as more hawkish Fed, and stronger USD is adding to the expanding wall of worry for Asian currencies. As if Asia emerging-market investors didn’t have enough to worry about with trade war on the brink of escalation and global growth concerns back in focus, the USD clocked up considerable gains on Friday, and nothing scares local investor more than a stronger USD. Local currencies will struggle to crop recent losses against the dollar, which is being supported by higher US yields and widening interest differential between G-3 currencies. While some arguments suggest, local currencies are better positioned to weather the storm due to improved current accounts. The blend of higher debt levels and the portion of debt denominated in foreign currency means many emerging markets are now more exposed to the dollar appreciation than ever as servicing that debt just got way more expensive.

If this recent wave of USD strength sticks, more local central bank policies will come into question as for when it comes to stemming capital outflows, it’s all about the USD strength and  everything else is just poppycock

MYR: There’s likely no escaping the USD wrecking ball and with oil prices perched precariously ahead of the Friday OPEC meeting, positives are far and few between for the beleaguered Ringgit these days.

KRW: The lack of details from the NK-US summit, softer data and the surging greenback is making a strong case for further Won depreciation on the back of soaring outflows.

CNH: Given the recent run of tepid economic data, and with the Pboc not raising  the OMO  after the Fed hike,  suggests the Pboc is prepared to run a looser policy setting for the foreseeable future which should continue to weigh on Yuan sentiment 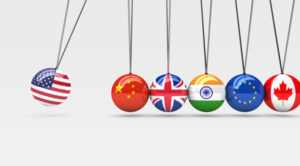