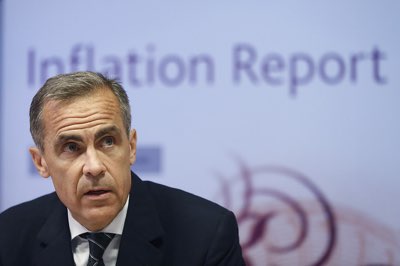 It’s been a relatively flat start to trading on Thursday as we await the latest monetary policy announcement from the Bank of England and the economic projections and press conference that follow.

The BoE is due to announce its decision on interest rates shortly and, following an apparent U-turn in recent weeks, policy makers are widely expected to leave them unchanged for now. There has been a clear and growing desire on the Monetary Policy Committee in recent months to lift the Bank Rate above 0.5% for the first time since 2009 after inflation rose above 3%, far surpassing the central bank’s target of 2%.

While policy makers have appeared to be preparing markets for such a hike, the data has turned, with inflation falling back to more acceptable levels – albeit still above target – while quarterly growth fell to only 0.1% in Q1 and surveys on services, manufacturing and construction have underwhelmed. It may be the case that the “beast from the east” was largely responsible for much of the slowdown later in the quarter but it seems policy makers would like to see evidence of a rebound before committing to higher rates.

EUR/USD – Euro Steady in Holiday-Thin Trade, US Consumer Inflation Next

Of course there are some that may dismiss the data due to the one-off factors associated with it and so the vote may not be unanimous but the recent comments from Governor Mark Carney appeared to be an attempt to manage market expectations. The claim that the MPC is conscious that there are other meetings this year appeared to be a clear nod to the fact that May is no longer the favoured time for a hike and triggered a substantial change in pricing for it, with the implied probability having since fallen to only 13%.

With that in mind, a rate hike today looks very unlikely – albeit still possible – which makes the new economic projections, voting and press conference all the more interesting. Traders are very keen to know when we can now expect a hike which could make UK markets quite volatile in the hours after the announcement. With Brexit discussions hoping to be wrapped up in the next six months, it will be interesting to see whether the BoE hints at holding off until November until the outlook become much clearer or simply delays the decision until August.

Bank of England to deliver a ‘hawkish’ hold

In the aftermath of Donald Trump’s announcement on the Iran nuclear deal, oil has continued to rally on Thursday although the gains the are being made are now slowing. While it remains unclear what impact the sanctions – which are not backed by the other countries that signed up to the initial agreement – will have on output, the moves we’ve so far seen suggest there is a belief it will be significant.

While the countries that have been cutting production in recent years to rebalance the market could offset the void left by the sanctions, it’s not clear that the appetite will be there to do so and the reaction in the markets suggest traders are assuming they won’t. With Brent crude fast approaching $80 a barrel and WTI above $70, it will be interesting whether the same appetite for cuts will remain in the months ahead and if not, whether prices may be peaking. 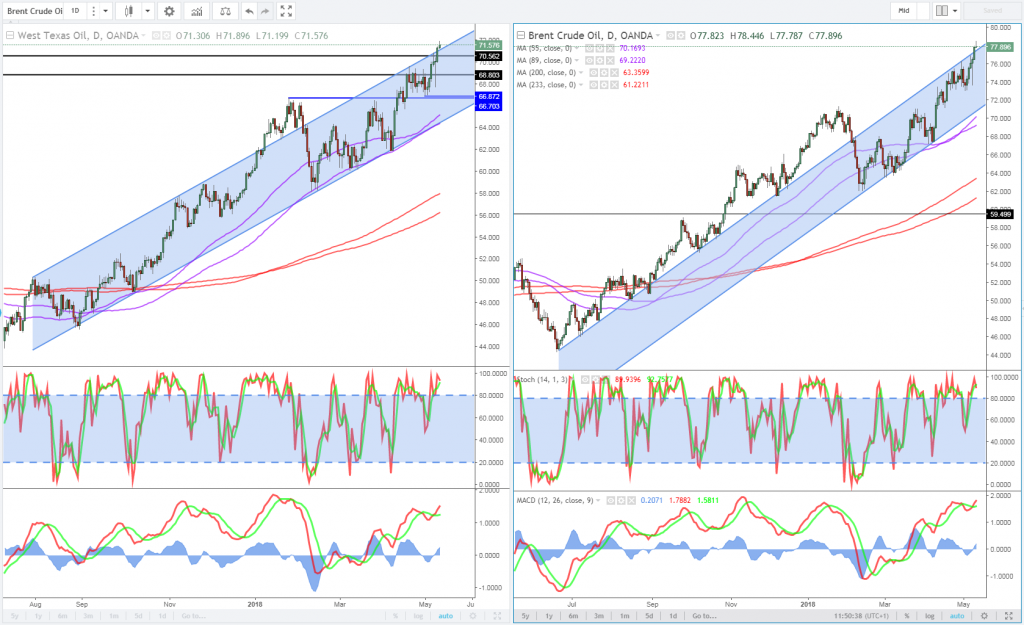 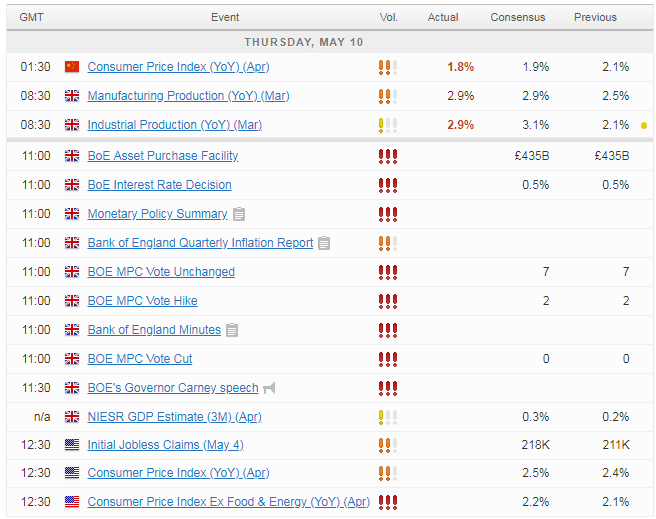 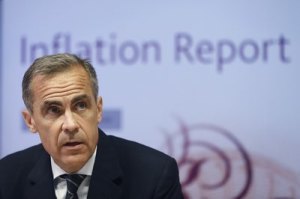