Markets pare losses after rough start to the week 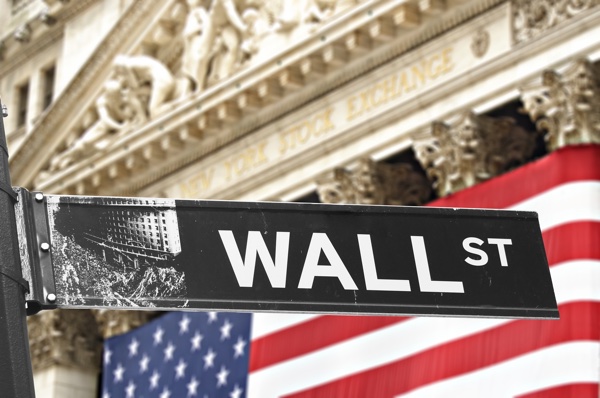 The US session is heading for a slightly positive start on Tuesday, as traders return from the bank holiday weekend to pick up the pieces of another market sell-off on Monday.

A troubling sell-off at the start of the week has reignited fears that the market turbulence is not necessarily as behind us as we hoped, with Apple leading the tech sell-off as investors once again start talking about peak iPhone sales. Thankfully this hasn’t yet triggered a wider sell-off but with investor sentiment still fragile, I’m not convinced we can take another day like Monday without a potential repeat of what we saw in October.

As it stands, futures suggest we’re heading for modest gains on the open as the market pares Monday’s declines. This is a very interesting test for the markets at the moment, if they can weather the storm at the start of the week without too much damage then investors may be encouraged, but that is far from guaranteed.

The pound is paring gains this morning, as officials continue to talk up the prospect of a Brexit deal, while reiterating that the border backstop with Northern Ireland remains a sticking point. Given that this has been the case for some time, it doesn’t fill me with optimism and its not providing much support for sterling either, which once again fell below 1.29 on Monday. Theresa May remains confident, claiming the talks are in the “endgame”, and it apparently meeting with her cabinet today after which we may have a better idea of how feasible a November deal actually is. I for one am not optimistic. 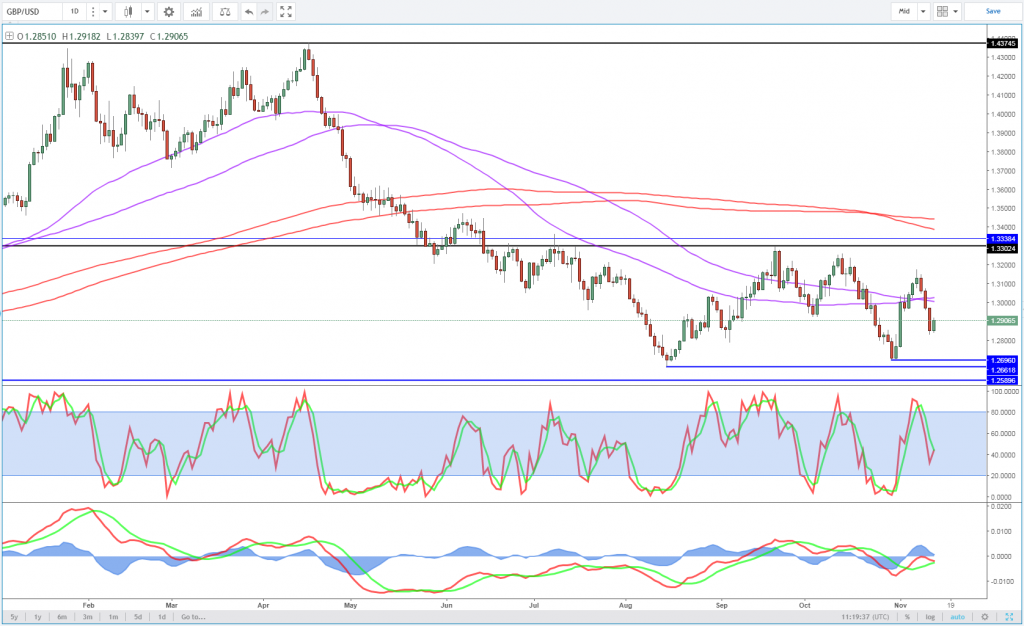 The UK data this morning barely provided a distraction, being far and away the least influential market event of the two impacting the currency right now. Low unemployment – which actually ticked higher to 4.1% – and slightly better wage growth (ex-bonus) of 3.2% is irrelevant if we’re heading for a no deal Brexit and that certainly came across, as the pound barely wobbled in the aftermath of the release.

With global risk appetite looking shaky once again, it’s safe to say Italy’s draft budget is up there as one of the most widely followed events today. The reports in recent days suggest the new draft will not contain a reduced deficit target and may instead focus on producing more realistic growth forecasts, which may not be enough to satisfy Brussels but could be the basis for talks that eventually avoid the need for sanctions.

Rome doesn’t have much wiggle room though, with yields on its debt already having risen considerably and their investment grade status hanging by a thread. Whether the European Commission decides to capitalize on that and risk further fueling the populist and eurosceptic mood in the country will be interesting to see, although I think they will want to avoid this given the rise of populist parties across the continent. 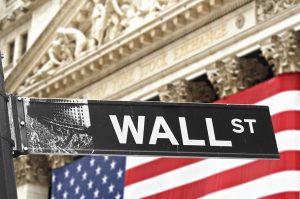