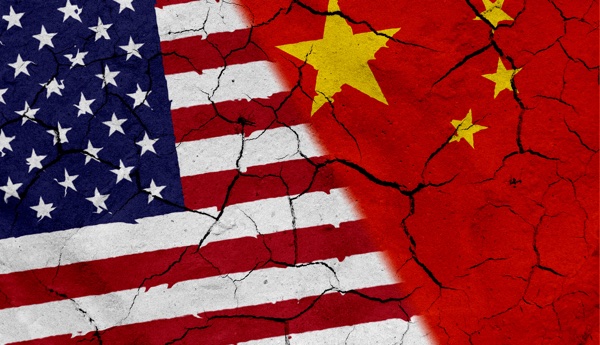 It’s been a relatively slow start to trading on Thursday and, as has been the case for most of the last week, investors remain fixated on trade disputes which continues to weigh on risk appetite.

Once again European indices are trading in the red early in the session, while US futures are pointing to a flat start after selling off on Wednesday afternoon. Donald Trump and members of his administration may have cleared up reports regarding Chinese investment in US tech firms which appeared to give stocks a temporary boost but it didn’t last very long and investors were quickly reverting back to risk aversion mode.

With Trump picking fights on multiple fronts and no sides showing any willingness to back down, we may have to get used to this risk averse environment in the near-term. Markets have a tendency to move on though if we go a few weeks without any further escalation and gradually become less sensitive to the rants and reactions of those involved.

There are some data releases today which may provide a small distraction to the trade spats, with the final US first quarter GDP number being released alongside weekly jobless claims. We’ll also hear from a couple of Federal Reserve policy makers which will be of interest given the central bank’s recent revision to its forecasts for interest rate hikes this year.

The European Union has its own problems to deal with right now and Trump is not making Angela Merkels life any easier there either. An EU summit today is likely to focus on the issue of immigration, with the new populist Italian government adopting a tough stance on those attempting to make the trip from Libya, forcing other countries to step in and accept the rescue ships.

It’s not just the Italian government that adopting such a tone, Angela Merkel’s own coalition is at risk of falling apart over the issues, meaning a rare period of uncertainty for what has been a very stable and important country in the eurozone over the last decade. Given the differences that exist, it’s hard to see the countries coming to an agreement on the issue which could lead to further political instability in the block. 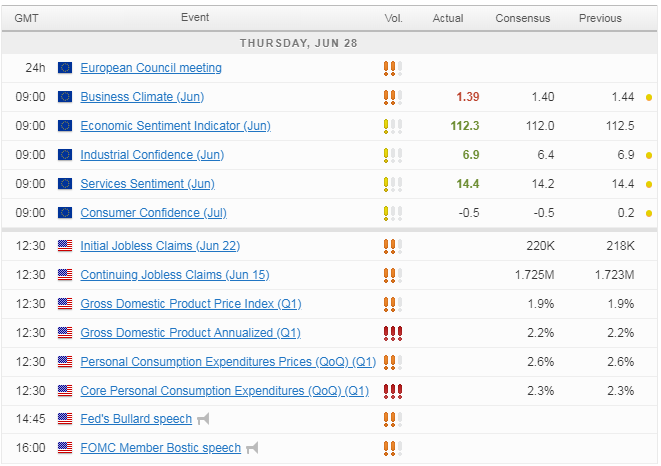 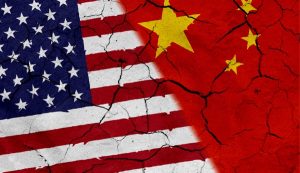