The New Zealand dollar has shot up on Tuesday, extending this week’s rally. NZD/USD is currently trading at 0.6942, up 0.75% on the day.

For anyone seeking a currency displaying plenty of volatility, look no further than the New Zealand dollar. The kiwi plummeted 3.1% last week, its worst weekly performance since September. However, NZD has bounced back this week, climbing 1.7% regaining over half of last week’s losses.

The catalyst for Tuesday’s gains was an excellent Retail Sales report for the second quarter. Headline Retail Sales gained 3.3%, up from 2.8%. Core Retail Sales rose 3.4%, close to the 3.5% gain in Q1. Both readings were above the consensus and signal strong domestic demand prior to the most recent lockdown. In a research note, Westpac forecasted that Retail Sales will likely slow due to the lockdown, but still expects GDP growth of 1.5% in Q2. The note added that the domestic economy is in good shape – monetary policy continues to support the economy, the housing market remains hot and the employment market is healthy.

When the RBNZ abruptly decided not to raise rates at last week’s meetings, the markets were stunned and the New Zealand dollar took a dive in response. The markets had assumed that the reason for the Bank’s change of heart was a serious outbreak of Covid – it was widely assumed that the Bank felt it imprudent to raise rates during such an uncertain time. Earlier on Tuesday, RBNZ Assistant Governor Christian Hawkesby told Bloomberg that the reason for the Bank’s decision was not due to Covid, but rather a “communciation challenge” of raising rates on the same day that a national lockdown was imposed. Hawkesby added that policy makers considered raising rates by as much as 50 basis points.

The timing of Hawkseby’s hawkish comments was a clear signal that the last week’s non-move is nothing more than a delay in plans to commence a tightening cycle at the next policy meeting on October 6th. The remarks are also meant as a reassurance to the markets that even if the lockdown is extended, investors can expect the Bank to raise rates next at the next meeting. At the same time, the New Zealand dollar slide when the Bank failed to make good on its word, and if for some reason the RBNZ again delays a hike, the currency would likely fall sharply in response. 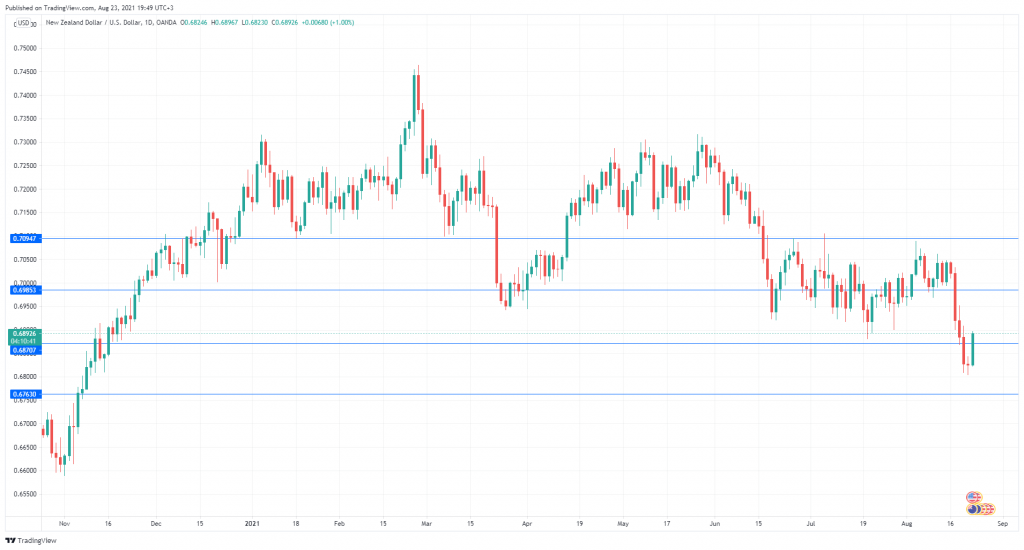