Crude prices are trading sharply as international tensions soar in the Middle East and on fresh stimulus signals from the Fed.  Iran is showing they are still able to rattle oil markets with the downing of a US drone.  Iran claims the US drone entered in Iranian air space, while the US firmly denies that it is the case.  Iran’s media said the drone was shot down near Kuh Mobarak, on Iran’s southern coast, which is just next to the entrance of the Persian Gulf.

Oil prices are out of bear market territory and appear well supported here.  With demand forecasts receiving some relief as dovish signals are now strong expected to come from both the Fed and ECB.  Demand forecasts could also get another boost if we see a positive outcome with the US – China upcoming trade talk at the G20 summit in Japan.

Crude prices are also being supported as OPEC and allies were finally able to settle on a date to meet and the three biggest producers (Saudi Arabia, Iraq and UAE) are set on extending production cuts for the rest of the year. 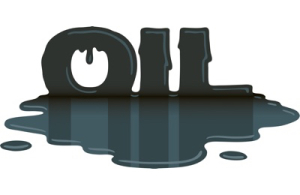