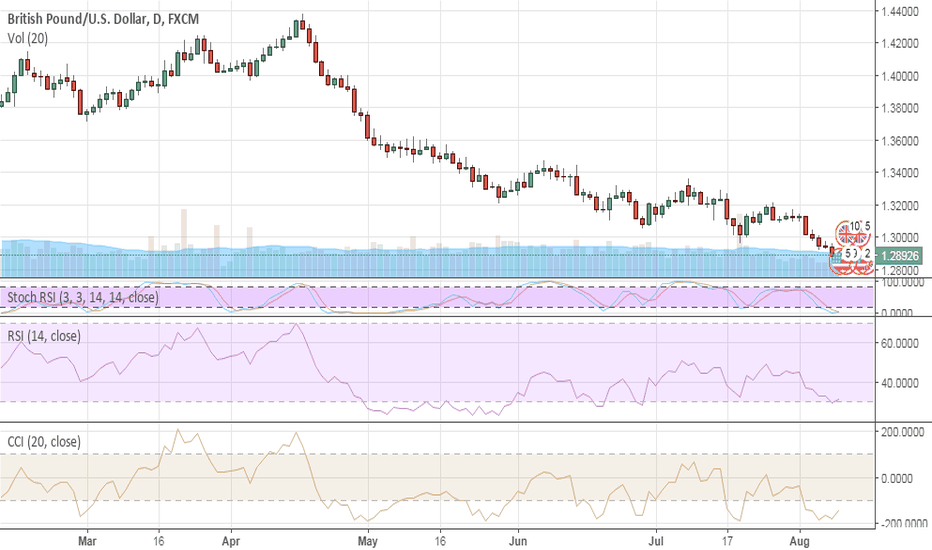 GBPUSD             keeps bleeding on Thursday, with the pair dropped to fresh one-year lows in the 1.2840 area, threatening the 1.28 threshold. The dollar is back on the offensive amid the escalation of a US-China trade war as the two world’s largest economies threaten each other with additional tariffs, fueling risk-off sentiment.

Another source of a bearish pressure on the sterling is the lingering threat of a no-deal Brexit. The risk of a worst-case scenario is rising and makes traders nervous ahead of a new round of talks headed by the PM May in coming weeks. Against this backdrop, the pound will likely remain vulnerable in the medium term.

Meanwhile, investors turn more cautious ahead of the UK Q2 GDP report due on Friday. Should the numbers come in lower than expected, the downside pressure in the pound will intensify, especially in the context of recent BoE’s Carney “dovish’ comments on the prospects of further tightening. As such, the pair could challenge the 1.28 barrier, should the greenback remain elevated, and the UK data disappoint.