The Budget Message of the President

To The Congress of the United States,

In just over 2 years, together with the American people, we have launched an unprecedented
economic boom. Since I was elected, we have created more than 5 million new jobs, including
half a million manufacturing jobs. Nearly 5 million Americans have been lifted off food stamps.
Unemployment is the lowest in nearly half a century. African American unemployment, Hispanic
American unemployment, and Asian American unemployment rates have all reached historic lows.
Our Nation is experiencing an economic miracle—and it is improving the lives of all our citizens.
We have achieved these extraordinary gains thanks to historic tax cuts and an unprecedented
regulatory reduction campaign, through unleashing American energy production, systematically
fixing bad trade deals, and remaining absolutely committed to putting the needs of the American
worker first.

My Administration worked with the Congress to pass unprecedented legislation to confront the
opioid crisis, a sweeping new farm bill, groundbreaking criminal justice reform, major investments
to rebuild the military, and historic Department of Veterans Affairs reforms to ensure that our great
veterans have access to high quality healthcare.

We are also making our communities safer. To target violent crime, my Administration has increased support for Federal, State, and local law enforcement. We have added nearly 200 new
violent crime prosecutors across the United States. And last year, the Department of Justice prosecuted more violent crimes than ever before. As a result, violent crime is falling.

My Administration is confronting the national security and humanitarian crisis on our southern
border, and we are accepting the moral duty to create an immigration system that protects the lives
and jobs of our citizens. This includes our obligation to the millions of immigrants living in the
United States today who followed the rules and respected our laws.

In the 20th century, America saved freedom, transformed science, and defined the middle class
standard of living. Now we must write the next chapter of the great American adventure, turbocharging the industries of the future and establishing a new standard of living for the 21st century.

An amazing quality of life for all of our citizens is within reach. We can make our communities safer,
our families stronger, our culture richer, our faith deeper, and our middle class bigger and more
prosperous than ever before.

We are now addressing our challenges from a position of strength. My 2020 Budget builds on the
tremendous progress we have made and provides a clear roadmap for the Congress to bring Federal
spending and debt under control. We must protect future generations from Washington’s habitual
deficit spending.

This year, I asked most executive departments and agencies to cut their budgets by at least 5 percent. In addition to reflecting those reductions, my Budget invests in the following priorities:
Securing our Borders and Protecting our Sovereignty. As President, my highest duty is
the defense of our Nation—which is why finishing the border wall is an urgent national priority. All
who are privileged to hold elected office must work together to create an immigration system that
promotes wage growth and economic opportunity, while preventing drugs, terrorism, and crime from
entering the United States. Immigration policy, like all policy, must serve the interests of Americans
living here today—including the millions of new Americans who came here legally to join our national
family. The American people are entitled to a strong border that stops illegal immigration, and a
responsible visa policy that protects our security and our workforce. My Budget continues to reflect
these priorities, and I look forward to working with the Congress to finish the border wall and build a
safe, just, and lawful immigration system that will benefit generations of Americans to come.
Preserving Peace through Strength. A strong military, fully integrated with our allies and all
our instruments of power, enables our Nation to deter war, preserve peace, and, if necessary, defeat
aggression against United States interests. To that end, my Budget requests $750 billion for national
defense, an increase of $34 billion, or 5 percent, from the 2019 enacted level. The Budget funds the
National Security Strategy and National Defense Strategy, building on the major gains we have already made throughout the world.
Protecting our Veterans. Our Nation’s brave warriors and defenders deserve the best care
America has to offer—both during and after their active service. Last year, I signed into law the historic VA MISSION Act of 2018 to reform and transform the Department of Veterans Affairs healthcare system into an integrated system for the 21st century. My Budget fully funds all requirements
for veterans’ healthcare services and provides additional funding to implement the VA MISSION Act
of 2018.
Investing in America’s Students and Workers. To help protect taxpayer dollars, my Budget
continues my request to create an educational finance system that requires postsecondary institutions that accept taxpayer funds to have skin in the game through a student loan risk-sharing program. My Administration will also continue to seek expanded Pell Grant eligibility for high-quality,
short-term programs in high-demand fields, so that students and workers can quickly gain valuable
skills at a more affordable cost and obtain family-sustaining jobs. We must create and invest in better opportunities for our Nation’s students and job seekers, while ensuring that we do so in a more
efficient and effective manner.
Research for Childhood Cancers. Many childhood cancers have not seen new therapies in decades. My Budget initiates a new effort that invests $500 million over the next 10 years to support
this critical life-saving research.
Defeating HIV/AIDS in America. The HIV epidemic still plagues our Nation, with more than
38,000 Americans infected every year. In response, my Budget provides $291 million to the Department
of Health and Human Services to defeat the HIV/AIDS epidemic. The goal is to eliminate most new
infections within 5 years (75 percent) and nearly all within 10 years (90 percent). This initiative will
focus efforts on diagnosis, prevention, and treatment efforts in the locations where intense transmissions of the virus are driving the epidemic.
Confronting the Opioid Epidemic. My Budget continues historic levels of funding for our law
enforcement, prevention, and treatment efforts to combat the opioid and drug addiction epidemic.

Supporting Working Families. America must also lead in supporting the families of our workforce so that they can balance the competing demands of work and family. My Budget includes a
one-time, mandatory investment of $1 billion for a competitive fund aimed at supporting underserved populations and stimulating employer investments in child care for working families. My
Administration has also pledged to provide paid parental leave to help working parents, and we are
committed to partnering with the Congress to enact this important policy.
******
We must always strive to uphold our oaths to promote and protect the personal and economic freedoms the Constitution guarantees to us all.
We must work together to renew the bonds of love and loyalty that link us to one another—as
friends, as citizens, as neighbors, as patriots, and as Americans.
My Budget reflects my Administration’s commitment to these worthy goals as it seeks to make
the United States of America wealthier, stronger, safer, and greater for every American family and
neighborhood. 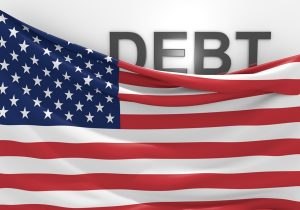 Events to Look Out for Next Week