As the weekend approaches, some investors were seen scaling back risk-positive positions which saw equity markets posting mild retracements of the week’s gains. US indices slid between 0.18% and 0.31%, snapping a four-day rising streak in most cases. Other indices saw deeper corrections, with both the Japan225 index and the China50 CFD falling more than 0.7%.

In the currency space, it was a case of extending the theme for the week, with the US dollar sliding further as the Dollar Index (which indicates the value of the US dollar against six major currencies) falling 0.11% while USD/JPY slid 0.21% to 107.08, the lowest level since January 3. The weaker dollar benefitted the risk-proxy currencies, with AUD/USD up 0.07% at 0.6929 and EUR/USD up 0.1% at 1.1302.

A potential escalation in the tensions in the Gulf, with the downing of a US surveillance drone, saw the West Texas Intermediate (WTI) CFD post the biggest one-day gain this year yesterday as investors considered possible supply-side disruptions.

The blame has been placed squarely on Iran, with US President Trump tweeting that they had made “a big mistake” by downing the drone. While there has been no evidence of retaliatory moves, the New York Times reported this morning that Trump pulled back from attacks on Iran hours after approving them. It’s possible that new intelligence may have caused the reversal, since he later tweeted that the incident was probably a mistake by a “loose and stupid” individual.

Today we get to see the first indication of how the manufacturing sector across the globe might be performing in June. Flash Markit PMIs for Germany, the Euro-zone and the US grab the attention in today’s calendar, with slightly mixed expectations. The German PMI is expected to improve to 44.5 from 44.3, but it would still be the 11th month in a row it has been stuck in contraction territory. It’s a similar picture in the Euro-zone, with an increase to 48.0 from 47.7 anticipated, though again, it would be the ninth month spent below 50. In contrast, the US reading could see a marginal drop to 50.4 from 50.5, but still above the 50 contraction/expansion threshold.

Aside from the PMIs, we can expect US existing home sales for May and speeches from Fed’s Clarida and Brainard. 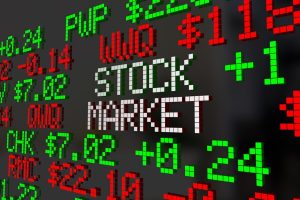