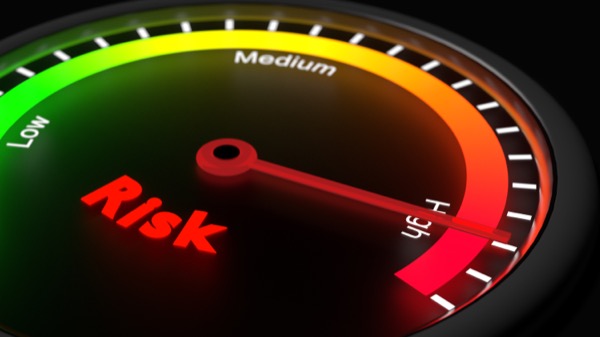 While risk aversion if flooding back into the fray. The US morning sell-off in the tech sector triggered the equity rout. Given that Apple shares are so widely held, nothing good ever comes of a 5 % decline on the back of concerns over iPhone sales. On the financial sector, 1 MDB continues to the rear is ugly head as Goldman Sachs stock took a tumble due to their strong connections with the troubled financier.

Investors are looking for answers but it hard to overlook the global growth slowdown, while the Trump administration seems set to exert pressure on China Trade. WSJ reports: “The Trump administration is broadening its China trade battle beyond tariffs with a plan to use export controls, indictments and other tools to counter the theft of intellectual property, according to people familiar with the matter.”

The spiralling equity markets leaked into other asset classes driving Crude prices lower while sending the USD skyrocketing as investor sought shelter under the umbrella of US treasuries. Rates flow, so far, have been all risk-off, duration buying.

A stronger USD which usually act as a wrecking ball through Asian equities and as risk off persists stocks in Asia should topple head over heels.

Oil prices were hammered mercilessly overnight after President Trump took to the podium to admonish Saudi Arabia not to cut oil output as OPEC leaders tussle with oversupply concerns.

OPEC was coerced successfully by President Trump to raise supplies ahead of Iran sanctions only to be sideswiped by the US administration offering up far more Iran sanction waivers than expected, catching both producers and traders alike wholly wrong-footed. Which is at the root of this supply glut.

However, with trade wars remaining front and centre, the likely hood of a global economic slowdown increases and when you compound that with the impending shale oil shocker as US producer continue to pump, OPEC has their work cut out to tame the growing supply beast.

With the Eagle now passing the Bear on the global production front, one is left wonder just how determined Russia will be to cap supplies as the US could eat into Russia’s  market share,

For today at least, it does appear President Trump can have his cake and eat it also.

The Euro sliced through 1.1300 like a hot knife through butter and is now trading below the critical 1.1240 as the greenback rallied to June 2017 highs. Indeed, the USD is s King of the hill and the stars continue to align

There is no specific news to explain this move, but a lot of conjectures, and with more questions than answers, from my experience, this usually means the market isn’t short enough Euro going into year end.

But it was the strong USD sentiment along with several other factors like low liquidity and stop losses getting triggered that contributed to the deep dive towards 1.1200

USD strength, coupled with fermenting anxieties in both the equity and credit markets, led to risk-off trading. But there were hoards of real money flow behind the EURUSD move which was a significant signal even more so with US fixed income markets closed for Veterans Day.

As mentioned on Friday’s note: ” real money has been somewhat tentative so far according to my morning chats with other dealers in Singapore. Keep in mind that segment of the market was noticeably exiting longs post-midterm election and diving into anything with yield, i.e. EM currencies. So, for today and into early next week, we will be focused on real money flows.”

I suspect the strong USD narrative will be the dominant theme for the rest of the year after the market squared up a lot of its position going into the midterms. Given the favourable US growth differential along with an unwavering Fed, this all suggests the USD has more to run, With the US dollar likely to find support from this week’s CPI and Retail sales prints and with longer-term questions around Italy and other EU countries going unanswered, we could see a move into the 1.10’s in short order. The unsettling political noise that continues to permeate every pocket of EU capital markets is a firestorm just waiting to happen.

But its nose to the grindstone this week and no rest for the weary with some significant data points ahead. The US dollar will tether itself to US CPI and Retail sales, while the Euro is hoping for a de-escalation in Italian budgetary woes or even a positive German ZEQ survey would help. Indeed, it is getting desperate for the EURO bulls, but Monday’s USD rally remains at the forefront of market drivers.

Despondency around Brexit has taken its toll on Cable today after the UK press was chock-full of dismay. I’m feeling a bit depressed for my colleagues in the UK that must put up with this in real life day in day out. Someone will need to get off their high-horse.

No grief for Chinese Singles though, after Alibaba logged CNY168.3bn in sales in 16 hours of its annual Singles’ Day extravaganza, setting up a new record. The Straits Times reports this “offers a glimpse of consumer sentiment in China as US tensions and a tit-for-tat tariff war depress stock markets and threaten to dampen the world’s No. 2 economy”. Indeed, we should never underestimate the purchasing power mainland consumer. Frankly, this number has inspired me to finally watch the hit movie “Crazy Rich Asians ” tonight.

The recent rebound in oil prices is a good reminder not to overextend risk in twin deficit currencies like the rupee, rupiah and peso as increasing volatility in the Oil path along with resurgent USD will continue to make life difficult for these primary speculator targets.

The Malaysian Ringgit is expected to struggle on some fronts. Traders are increasingly pricing in greater BNM vs FED policy divergence which makes Friday’s Q3 GDP print so incredibly crucial for the Ringgit, even more so with the BNM striking a dovish chord. On the optimistic side of the equation, we could get a reprieve as the 0 GST should have boosted consumption. Tax relief has some forecasters looking of Q3 GDP to rebound from 4.5 % in Q2 to 5.1 % for Q3. However, I think this would only be mildly positive for the Ringgit, but a miss below 5 % would persuade a quicker move to the

Gold Markets ( I will update mid-morning)

All that glitters isn’t gold. With the Fed on track for a December rate hike and the dollar looks likely to hold a bid into year-end, the odds for Gold to test $1150 over the next few months seem more likely that a test of $ 1250. There is little to no haven appeal, and with the US leading indicators remaining robust suggesting the US services-based economy is firing on all cylinders suggesting the Fed will stay on track. The University of Michigan Survey and PPI came in above expectations, signalling consumer confidence remains strong. All that chatter about a Fed pause in 2019, is far too untimely suggesting that considering the economic growth slowdown around the globe, the USD should remain in good standing from growth differential perspective which could tarnish Gold appeal heading into year-end. Indeed, higher US interest rates and a stronger USD are flashing Red for Gold investors. 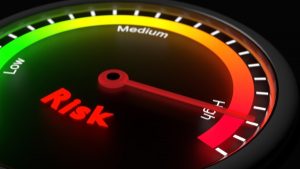