Silver – Rise of the Silver Surfer 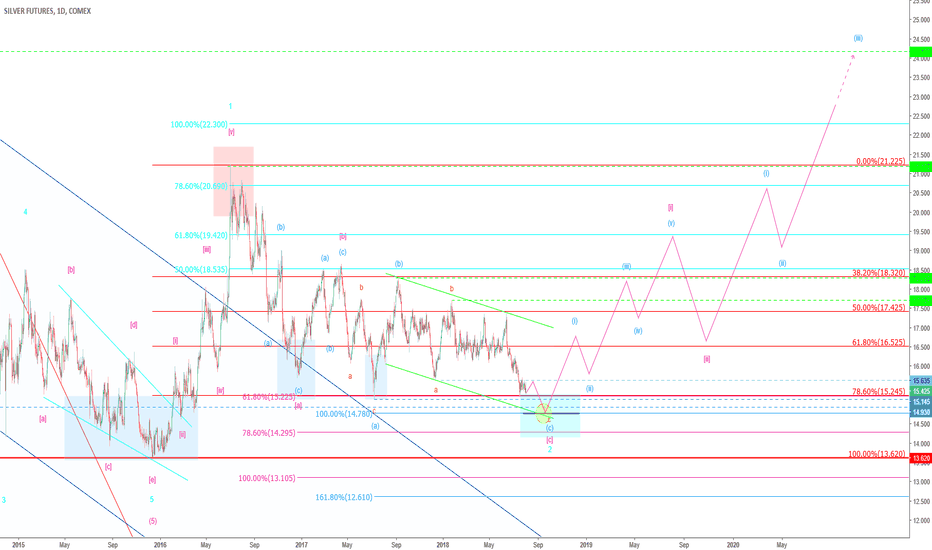 Where we are standing?

In December 2015 we saw a superordinate corrective wave 2 ending at 13.62 USD (it lasts from April 2011 to December 2015). After that, silver             started a bullrun to 21.19 USD (wave 1 of wave 3), followed by a corrective wave 2, which ended not at 15.42 USD in July 2017, as I first thought. Instead we are still in the end of it (last corrective wave c of 2). It is important to know that every 1-2 Elliott-wave setup in the chart is the basic pattern of every impulsive wave character. Third waves are most likely the strongest and the longest waves. Now, we are shortly bevor the beginning of wave 3 of 3.

What I want to say is: it’s time to prepare for a very long longtrade. I think silver             will turn in the blue tradingbox and then will rise above 21.19 USD easily. The goal of the superordinate wave 3 could be between 50 USD and 60 USD – no joke! So, we are shortly bevor a longtrade with a multi-year holding period. When it comes to a crash in the 20ies and/or a war, much higher. A crash trough all important indices in the 20ies is not that unlikely by the way (as I mentioned in my gold-analysis already. Please check the link below for further information).

We will find further possibilities to place orders, but we should already use this chance to get a foot in the door earlier than most of the investors out there.

Please leave a comment or a message, if you have any questions.