Stocks rose on Thursday after the Federal Reserve hinted at possible interest rate cuts as soon as next month.

“Markets are based on numbers and perception. If the perception is rates are getting cut, that’s going to drive markets higher,” Kathy Entwistle, senior vice president of wealth management at UBS. “UBS’s stance up until yesterday was we wouldn’t see any rate cuts this year. Now we see a much larger chance of a 50-basis-point cut.”

The Fed said Wednesday it stands ready to battle growing global and domestic economic risks as they took stock of intensifying trade tensions and growing concerns about inflation. Most Fed policymakers slashed their rate outlook for the rest of the calendar year by approximately half a percentage point in the previous session, while Chairman Jerome Powell said others agree the case for lower rates is building.

Policymakers also dropped “patient” from the Fed’s statement and acknowledged that inflation is “running below” its 2% objective.

Market participants viewed the overall tone from the U.S. central bank as more dovish than expected. Traders are now pricing in a 100% chance of a rate cut next month, according to the CME FedWatch tool. 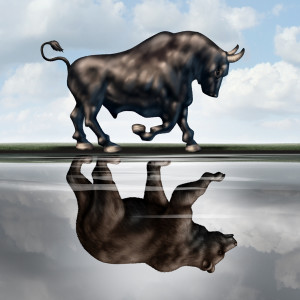