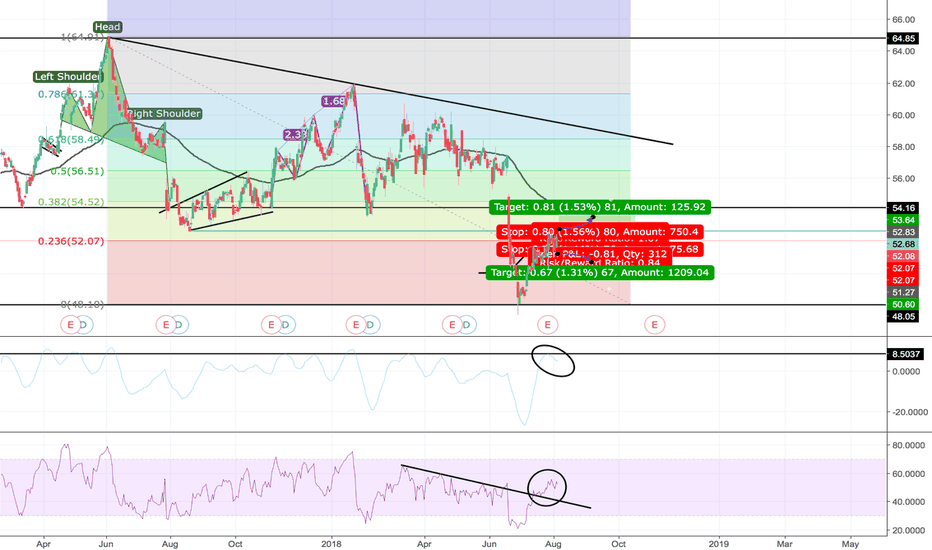 SBUX             has previously shown many trading patterns such as head and shoulders and flags. Currently, the stock is in an upward flag, but also on the middle of two Fibonacci levels. The blue line represents short-term resistance if the stock breaks that I believe it will stay in this Fibonacci level with enough time to hold until the next resistance line. This upward pressure is also backed by the RSI breaking out of a flap pattern and going bullish . However, if the stock breaks the flap pattern downwards then it may be stronger as the Coppock curve has also reached its resistance, so hence I put a short order in until the next support line. Also, the 50 SMA could potentially act as upper resistance, hence why I have cut my take-profit lower.