UK at the centre of the drama this week

It’s going to be some week for financial markets, with the UK very much at the centre of the drama as Theresa May attempts to get her deal over the line.

May has suffered crushing defeats on her deal at the first two times of asking and with nothing having changed, questions are naturally arising about whether the PM will pull the third vote on Tuesday. Ultimately it comes down to how many Brexiteers will back her deal out of fear of Brexit never happening and whether she can get the DUP on board.

It’s not just Brexit that’s putting the focus on the UK this week. The Bank of England meeting on Thursday as well as numerous economic reports on the labour market, inflation and consumer mean the UK is constantly going to be in the news. This should make for another volatile week for the pound, which continues to be well supported despite being 11 days from exit day without a deal in sight. It seems traders are banking on the EU accepting the UKs request for an extension at this stage.

Gold gains may be short-lived

Gold may have been in recovery mode over the last couple of weeks, having slipped from its highs close to $1,350 to trade back around $1,280 earlier this month, but I’m not yet seeing any clear sign that the yellow metal has bottomed in the near-term.

The rebound we’ve seen recently has been weak and resembles a corrective move in the sell-off rather than a continuation of the longer-term rally. A weak rebound comes even as the dollar has come under more significant pressure over the last 11 days, which again suggests a reluctance among traders.

Oil prices are relatively stable this morning, with Brent and WTI continuing to struggle to gather any kind of upward momentum in an uncertain global economic environment. Record and rising US production is naturally not helping, although even this appears to have stabilised over the last month or so. This may be temporary but I’m sure OPEC+ will be breathing a sigh of relief for now.

Reports that OPEC+ may be forced to extend output cuts to the end of the year don’t appear to be offering much support at the start of the week. Saudi Energy Minister Khalid al Falih suggested so much on Sunday but as ever, it seems that the market is betting more on the impact of slower global growth and US output than the actions of the OPEC+ nations. 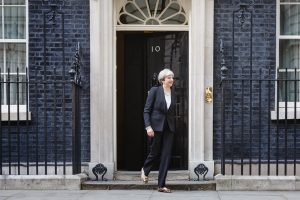