The Conference Board Consumer Confidence Index® declined in March, after increasing in February. The Index now stands at 124.1 (1985=100), down from 131.4 in February. The Present Situation Index – based on consumers’ assessment of current business and labor market conditions – declined, from 172.8 to 160.6. The Expectations Index – based on consumers’ short-term outlook for income, business and labor market conditions – decreased from 103.8 last month to 99.8 this month.

“Consumer Confidence decreased in March after rebounding in February, with the Present Situation the main driver of this month’s decline,” said Lynn Franco, Senior Director of Economic Indicators at The Conference Board. “Confidence has been somewhat volatile over the past few months, as consumers have had to weather volatility in the financial markets, a partial government shutdown and a very weak February jobs report. Despite these dynamics, consumers remain confident that the economy will continue expanding in the near term. However, the overall trend in confidence has been softening since last summer, pointing to a moderation in economic growth.” 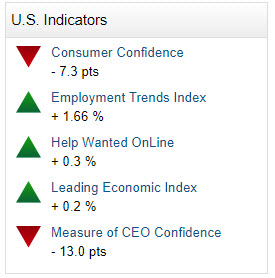 The monthly Consumer Confidence Survey®, based on a probability-design random sample, is conducted for The Conference Board by Nielsen, a leading global provider of information and analytics around what consumers buy and watch. The cutoff date for the preliminary results was March 14. 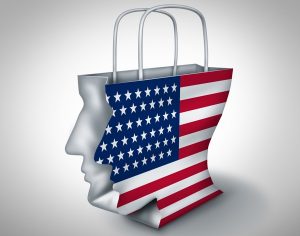