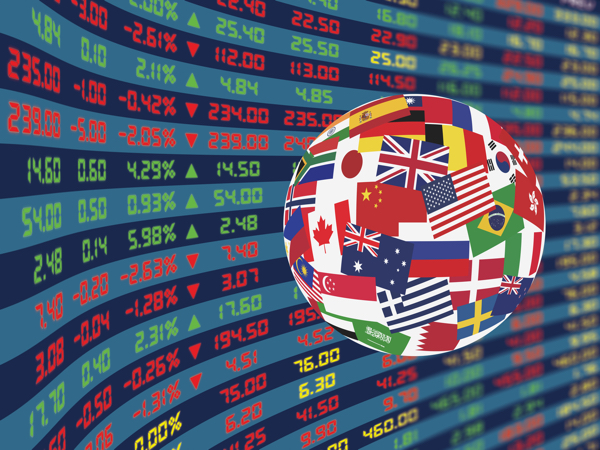 US equity markets continue to defy gravity and extending the recent winning streak to four straight sessions. It was all about the financials as a series of coordinated hawkish comments from ECB members,  that the end of QE will be top of the to-do list with some suggesting that the ECB could actually move ahead of the curve.

So as investors remain jittery over trade and tariff, higher Global bond yields on the hawkish ECB inference are driving financials higher. And while interest rates are usually a negative for equity markets, investors are viewing higher interest rates in a favourable light, reflective of surging economic growth and not as a buffer against inflation.

After yet another unexpected jump in domestic crude inventories, oil prices came off intersession highs with WTI taking another deep dive towards $64 per barrel only to retrace back to the critical $65.00 level in into the NY close.

I suspect there are two exogenous factors in play that are keeping oil prices bid on dips. One, China consumption remains exceptionally high, and the markets could be underestimating this demand component in the global supply and demand equation. Two, traders realise that price at the time of the Vienna meeting will have as much to do with OPEC supply rebalancing act as global supplies themselves. So oil traders continue to respect this $ 64-65 per barrel support level.

While oil prices may have seen their near-term peaks, it’s highly unlikely prices will collapse but rather OPEC, through gradual supply increases, will guide prices low enough so US consumers will not feel the pinch, yet remain high enough to benefit the industry going forward.

Gold prices have been very steady despite the lack of safe-haven demand. While haven flows are tepid around 1,300 gold continues to remain bid on the dip as traders know we are little more than a spark away from igniting another risk aversion free for all. Besides, traders are taking cues from the DXY index which is trading lower again as demand for the Greenback remains exceptionally sluggish this week. Not to mention there is growing consensus amongst currency traders that the USD may be topping out.

There are some significant events on the horizon none more so than the Trump-Kim summit which suggests trader’s angst will be running high as we approach June 12 and should attract some attention from gold hedgers.

But in general, as with most cross-asset classes, we remain in a wait and see mode ahead of the US Federal Reserve Board( Fed) and European Central Bank policy announcements next week. But since no one is really expecting a hawkish shift from the Fed, this to could prove to be a blessing for Gold bulls

EUR: The Euro has moved predictably higher as after ECB Preaet suggesting that a September taper is very much on the cares and surprising markets given the political turmoil in Italy and a weaker series of economic data release of late. But the ECB hawks are seizing the opportunity from last week’s uptick in EU inflation to push through the long-awaited pullback in Eurozone QE. And despite the markets tendency get overly giddy about a possible ECB policy shift, but the ever-present “Draghi Put” has traders not exactly tripping over themselves to get in front of this policy shift, but instead are conservatively positioning for a subtle ECB shift in guidance in June. But we could very well see a test of 1.1800 soon

AUD: Australia GDP recorded a small beat as had been widely expected. Still, with virtually zero rate hike expectations priced into the domestic STIRT curve, the Aussie extended it’s gain to six weeks highs as traders scrambled to cover short positions. Also, the Aussie was then further supported by a firm global equities market performance auguring well for FX high beta like the Aussie dollar. Growth assets and hard commodities are performing well in this environment.

Asian currencies have been benefiting from a sluggish USD, robust equity sentiment and all the positivity emanating from the planned  US-North Korea summit next week.

THB: With the USD momentum waning there has been a gradual reduction of bearish regional bets. But given the lack of tier one economic data and the fed blackout period, the dollar is finding little support so far, this week.

INR: A slightly weaker USD, lower oil prices and the RBI raised its repo rate by 25bps to 6.25% has the USDINR trading below the 67 level this morning. The RBI rate hike was widely priced and was discounted as more or less a one and done and not a hawkish rate hike, so external factor like oil and US yields will continue to drive sentiment.

IDR: Yield in Asia continue to march higher adjusting to returns in both Europe and the US supporting the typical low yields while the high yielders like IDR and INR continue to benefit from better global risk sentiment

On the central bank changes, while Ibrahim was instrumental in defeating the NDF markets, so with the changing of the guard at BNM NDF’s have been a conversation amongst Singapore traders. Will the new governor be more open to NDF?? Unlikely as one of the deputy governors will take charge and I think it’s safe to say that PM  Mahathir is not a big fan of currency traders either while during the Asia crisis he labelled currency traders as “unscrupulous profiteers” in an “immoral” line of work.

Possible policy shifts?? The economy is doing very well domestically, and external trade is robust. So, if it is not broke. Don’t fix it. Inflation is running well below target, so BNM does not need to raise rates.
Appointing a deputy governor suggests the status quo. Both candidates Nor Shamsiah or Sukhdev Singh are excellent choices, and the market will be happy that the Central Bank policy will remain in skilful hands.

MYR: Continues to play second fiddle in regional sentiment as the fiscal policy overhang continues to weigh on sentiment 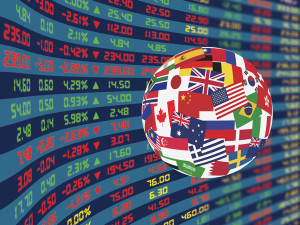