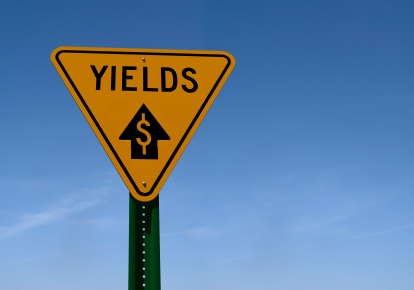 USD Back with a vengeance.

The USD has put on a compelling show overnight as the stars align on the back of higher US Yields and a considerable reduction in the US dollars geopolitical risk premium as an outwardly calmer mood surrounding trade and geopolitical risk takes hold.

While its a bit early for investors to pack in the consensus short dollar view, the weaker shorts are indeed getting pared as the USD is showing some vigour tracking US Bond yields higher. Without question, this Friday’s US GDP data will be crucial for an extension of the current dollar move as US economic strength in the face of synchronised economic slowdowns in both China and Europe are playing into the resurgent US  dollar hand.

Also, the rising yields are negatively impacting equity sentiment as US markets extend their retreat. The Bond markets are now within a whisker of testing the critical technical and psychological 3% ten-year level. With higher oil prices in addition to tax reform bump factoring into he inflation calculus, rates could reprice higher to 3.25 %( 10 UST) driven by the prospects of higher inflation above-potential growth and a worsening supply-demand dynamic.

If 3 % is indeed a line in the sand for equity investors, we should expect increasing sector rotation out of equities into bond markets which should accelerate significantly on the 3% break.

Oil prices rebounded from an early NY session skid as investors continue to focus on the main issues at hand, Iran sanctions amidst falling US crude inventories. Genscape showed a decline in Oil supply stocks at the Cushing, Oklahoma storage hub which overshadowed Friday’s increase in the Baker Hughes US crude oil drilling rig cont .
News broke early that Iran’s oil minister Bijan Zanganeh said there would be no need to extend a pact between the Organization of the Petroleum Exporting Countries and non-OPEC producers if oil prices strengthened, the ministry’s official website SHANA reported. The reports caused some interday long positions to buckle but the news was quickly digested as little more than wishful thinking, and institutional investors bid back with a vengeance taking Oil prices to 3-year highs.

Also, the apparent easing of Russia aluminium sanctions saw the metal fall over 10% in early NY headlines which triggered hard commodities to crumble across the board and dragged oil lower in the wake.
But the stay long oil narrative continues to echo in dealing rooms as traders are content to play the waiting game for probably oil sanctions against Iran, which could push oil prices up as much as $5- per barrel. Also, factor in last weeks Saudi jawboning targetting $80 or $ 100 per barrel it suggests prices will remain firm for the foreseeable future and should continue to gravitate higher.

Gold prices cratered as rising US Bond Yields, and a firming US dollar took the shine off gold. But Gold markets are indeed at a bit of an inflexion point given that rising inflationary pressures driven by higher oil prices could lead to a global inflation spark which could be supportive for Gold prices. However, while traders try to figure out if this current USD dollar rally is ” Live or Memorex.” Gold investors will remain perched in a very precarious position awaiting clearer signals on the USD dollar front.
Currency Markets

Higher US yields have played a role in supporting the USD as surging oil prices make for a compelling inflationary storyline.

There has been a reduction in the Trump USD dollar risk premium after Deputy Attorney General Rod Rosenstein told President Donald Trump last week that he is not a target of any part of Special Counsel Robert Mueller’s investigation or the probe into his long-time lawyer, Michael Cohen, according to several people familiar with the matter.

The improving geopolitical landscape in Korea and no further escalation in Syria has removed some geopolitical risk premia from the Dollar.

The Euro and Pound

The Euro and Pound are getting hammered due to an unwinding of consensus positioning. Similar to the BOE view softer EU economic data suggests the  ECB  will likely to kick the can down the road on the policy front, the Euro prints near 1.2200. But make no mistake we are some severe levels as this 1.2200-1.2150 level has held stable dating back to Mid Jan. But the  current momentum indicates  the markets could be poised to break lower

Kuroda has stuck to his well worn dovish script overnight but this is old news, and the USDJPY continues to climb due to the US dollar bid while triggers some stops along the way above 108.30 level.

The Australian dollar is getting hammered by the abrupt rise in US Treasury Yields. But there are other negative implications for the Aussie brewing on the back burner.

The recent downturn in global economic data is suggesting we are moving from a state of global synchronised growth to a synchronised slowdown.

There been increasing maker chatter about an economic slowdown in China which is being viewed USD positive on the surface as Chinese authorities may shift towards weaker yuan policy to buffer the negative growth( Q2 GDP) impact from deleveraging and trade wars with the US.

Local Bonds continued to sell off throughout yesterday session around weakening risk sentiment of the upcoming election and rising US Treasury yields. The Malaysian bond market look poised to continue declining ahead of the vote and even more so as US yields look poised to move even higher. Liquidy has been quite weak in both Bond and Currency markets suggesting that investors are taking to the sidelines

Despite the long-term supportive underlying structure from higher oil prices, the short-term election drivers and a broadly stronger USD will continue to put downward pressure on the MYR near term, and we could see a test of the critical 3.90 level. 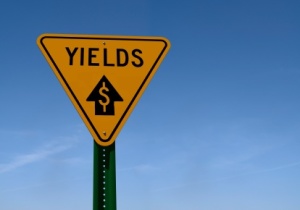