The forecast for the week 28 November – 2 December:XAU/USD:The following week is quite eventful. First of all, November release on US employment is to be published on 2 December. As we know from the history of exchange trading, gold and dollar move in opposite directions. In case of strengthening of the dollar, we will see a strong decline in gold prices. Now the question is whether we will see the growth of the US currency quotes? In my opinion, yes! I expect positive data release on employment and the continuation of the upward trend on the index of the dollar basket. November Consumer Confidence report by Michigan Institute showed the highest growth rate in the last six months – US consumers have confidence in their future. In my opinion, strengthening of the dollar will continue until the US Federal Reserve meeting, which is scheduled for December 14. I sell at 1190/1211 and set take profit signal at 1165.Brent:Before the OPEC meeting to be held on 30 November in Vienna, I expect smooth decrease of oil quotes for two reasons. Firstly, we have seen a significant strengthening of dollar, which traditionally has a negative impact on oil prices, because energy is quoted in US currency. Secondly, the United States continues to increase oil production, and Russia refuses to cut its production after the OPEC members. Investors are now worried that Russian policy can force Saudi Arabia to refuse reducing production and to agree only to “freeze” trades. Eventually, that will cause extensive sales in the market. In this case the bidding will be determined by the outcome of the summit in the Austrian capital. There are two scenarios of further development. The first senario: the parties are unable to agree on a reduction of production volume, and there is a strong decline in prices. The second scenario: the participants of the summit fail to reach a compromise, and there is a slight increase in oil prices. I sell at 49,00/50,40 and set take profit signal at 47,90.S&P500:”It is too late to buy and too early to sell” – these words can describe the current situation in the US stock market. Why is it late to buy? Because the market is at its extreme highs while corporate profits and US Treasury bonds yield drop. The US economy crises in general and the stock market collapse in particular always take place when corporate profits drop and interest rates on government bonds rise. Investors can at any time begin to take profits on the Long positions and we will see a significant reduction in prices. Why is it too early to sell? Because US continues to provide traders with strong macroeconomic statistics. Some traders count on the growth of corporate profits in the current fourth quarter and buy stocks. I expect flat at 2190 -2230. 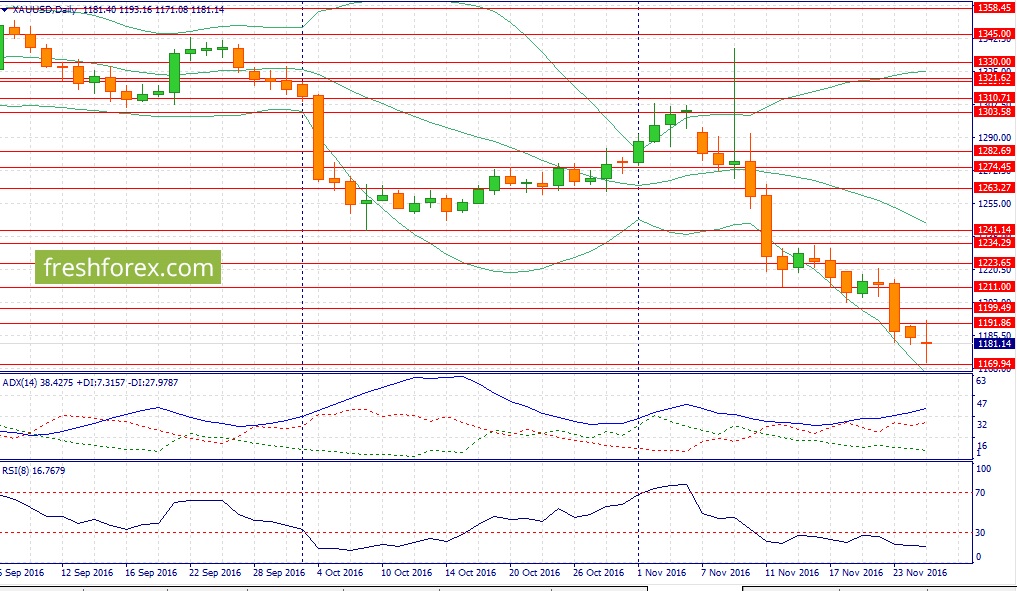 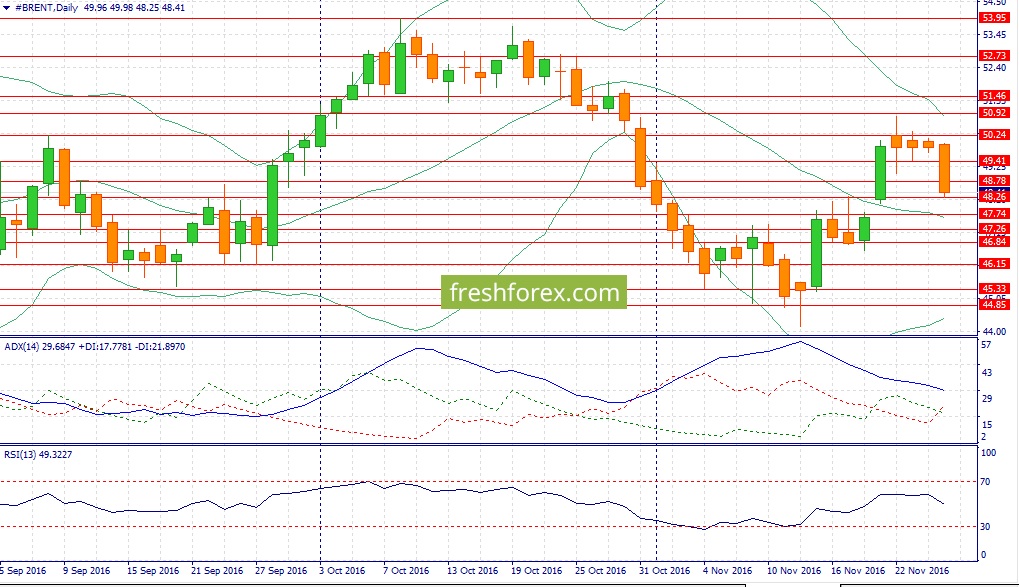 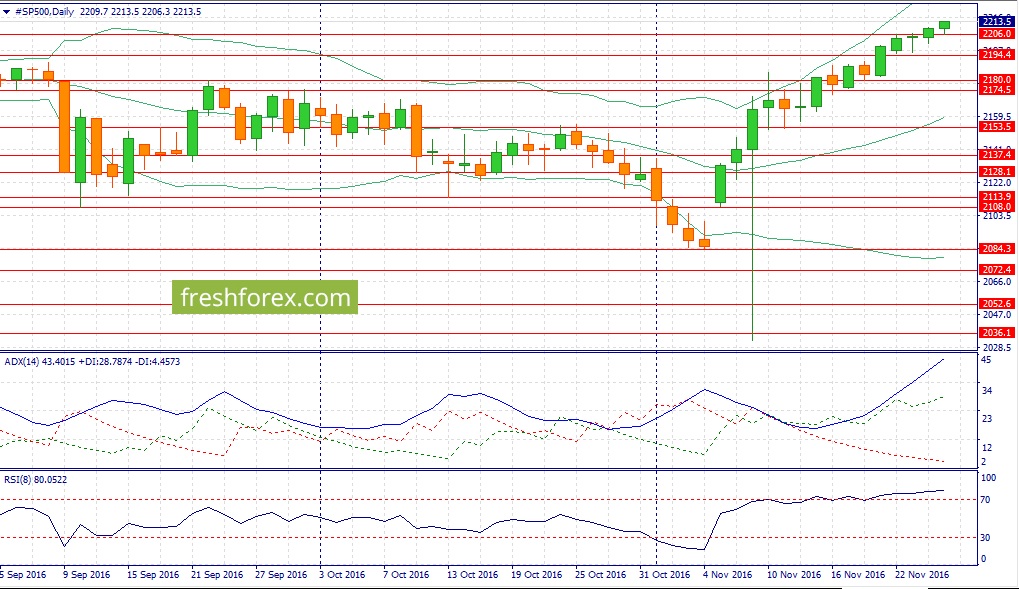