Posted on 29.08.2016 by forex fresh ehg
The forecast for the week from August 29 to September 2:XAU/USD:This week we should sell Gold because there is a steady upward trend for US currency. Usually, gold investors treat it negatively. Many traders called gold “anti-dollar”. Why can we expect the US currency to strengthen? The main driver will be increase of yield of 2-years’ US treasuries, which closely correlate to the interest rate of FED. This yield is now at the highest level for the past 2,5 months, which suggests USDX Dollar Index increased by 2% from current levels. Yield of short-term treasuries sharply surged after speech by J.Yellen at Jackson Hole on Friday. Here are the main points of the US Federal Reserve’s Chair:
– There are more grounds to raise the rate in recent months.
– US economy is close to maximum employment and stability.
– US economy is still growing boosted by a noticeable growth of household expenditure.
Which conclusion can we make based on this? Despite the fact that many investment banks do not expect raise of the rate because of greater external risks (slowdown of GDP growth in China and Brexit), the Fed is ready to raise the interest rate this year. This week we should open Sell positions on growth of quotations to 1322/1334 and take profit at 1307.Brent:This week we should build up short positions on pullbacks for three reasons. First, there is the unite front OPEC again, which will put quotations under pressure. Since mid-August, investors have been actively buying oil and expected freeze of production levels at a meeting in Algeria scheduled for late September. At the beginning, traders were enthusiastic, now the time for disappointment is coming. Iranian officials confirmed their readiness to take part in this summit, but they will not freeze production level, as the country urgently needs financial resources and sale of hydrocarbons is the main source of financing the budget. Finally, OPEC secretary Mohammed Barkindo said that market needs no help – it will adjust itself. In other words, no action should be taken and just live according to the law of supply and demand.Then, reserves of crude oil, gasoline and distillates are again growing in the United States, which is usually perceived negatively by investors. Now it is the driving season in the USA and thus reserves of oil and oil products shall drop, but we are witnessing a very different picture. Over the past 5 weeks, crude oil reserves grew by 4.13 million barrels. In its Friday’s release, the oilfield services company Baker Hughes pointed out that the number of US drilling rigs remained the same – 406 units, with an increasing number of platforms in Canada – by 19 units to 84. Three months ago in Canada 14 drilling rigs operated. Oil production in Canada is growing, and the main market is the United States. In this regard, oil supply in the US market will grow again, but demand still does not keep up with this trend.Finally, strengthening of the US currency in the Forex market usually puts oil under a downward pressure, as oil price is denominated in US dollars. This week we should open Sell positions on growth of quotations to 50.10/52.00 and take profit at 47.80.S&P500:The last trading week was closed by the broad market index by 0.62% decline, which is the maximum weekly drop for the past 2 months. Investors are taking profit on long positions, as interest rates are growing on credit markets. Now assets are just being shifted: capital is moving from the stock market to the bond market. Since beginning of the second half of year, yield of the 2-years’ US treasuries has grown by 0.26%, whereas S&P500 index rose by 3.39% over the same period, setting a new historical High. The market’s P/E is now at 25.27, earlier the figure was at 19.86. Corporate profits are dropping, whereas the price is growing – thus, the bubble is being inflated. In this regard, we will see a strong correction to the historical high 10 – 155 or a moderate 2 – 4% correction very soon. This week we should open Sell positions on growth of quotations to 2174/2186 and take profit at 2153.
https://freshforex.com/analitics/fresh-forecast/fa/week_1820.html?utm_source=rssfeed&utm_medium=rss&utm_campaign=rssnews&ff_mrk=rss&aff=64063 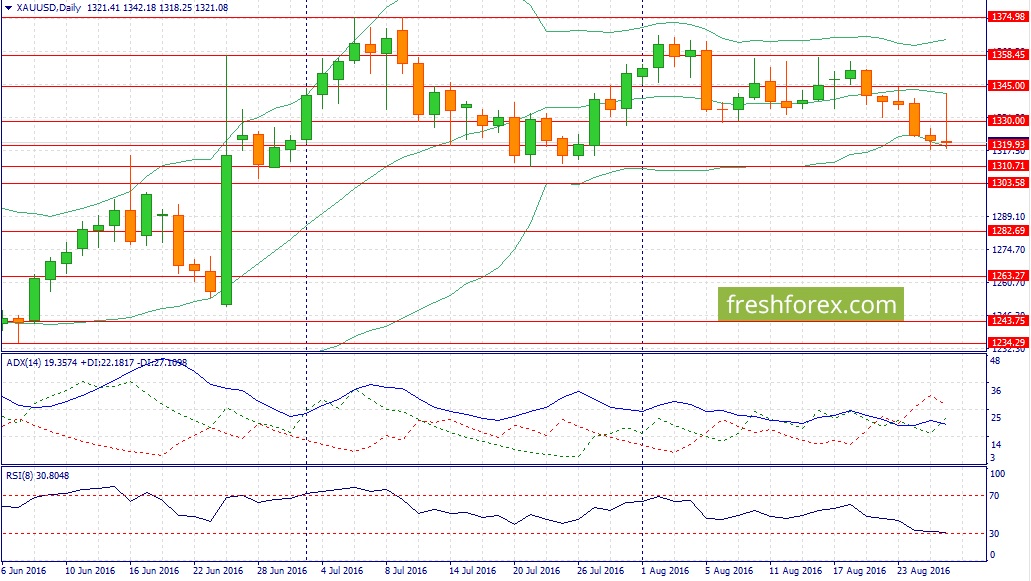 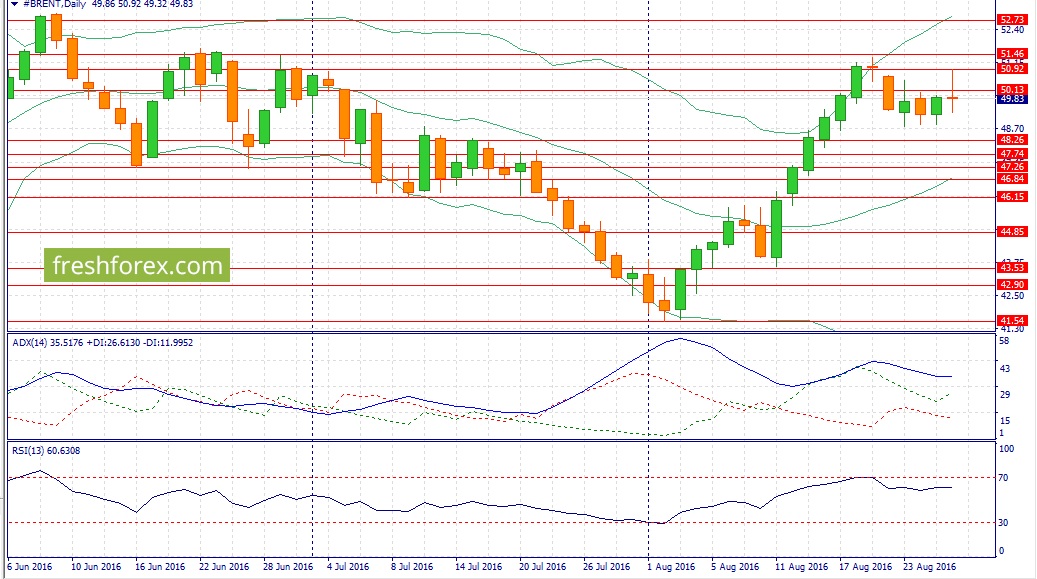 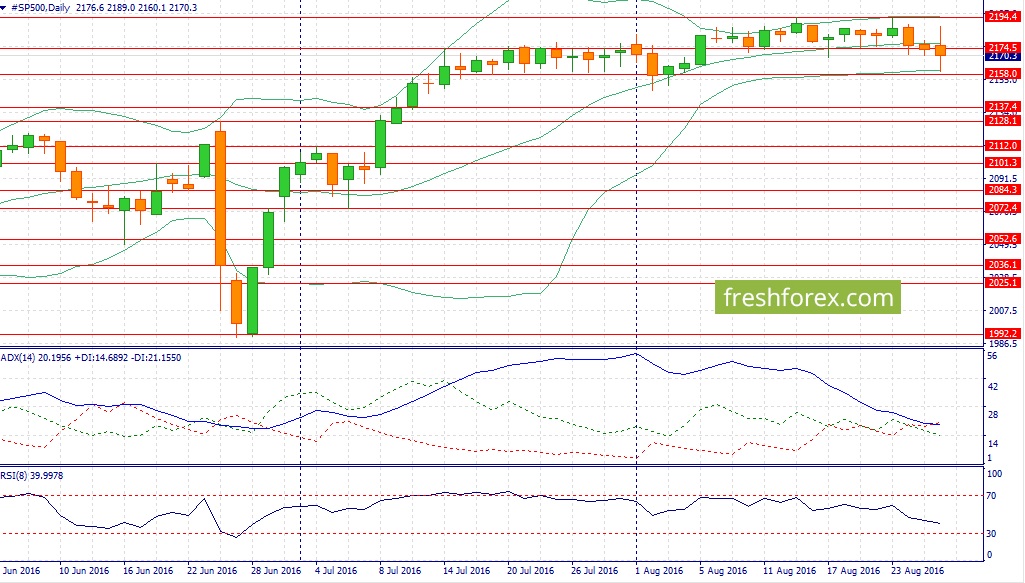