The last two weeks, this metal has been staying in the flat and this week a mixed background works for it. On the one hand, a moderate growth of yield of 10-years’ US government bonds, which closely correlates against the yellow metal, can encourage bulls to open long positions. Over the last three weeks, the price of oil has surged by 15.3%, contributing to a gradual increase of expectations on inflation. We should note increase of the proportion of gold in the reserves of the Central Bank of the Russian Federation. In July the Russian monetary regulator bought 6 tons of gold, and all the first 7 months it has purchased about 90 tons of the precious metal. Another positive factor is sales of shares of the European bank sector, which point to a possible inflow of capital into "safe" assets, (usually these assets include gold and the Japanese yen). The past week, UniCredit securities lost 8,6%, Deutsche Bank lost 6,27%, whereas Societe Generale – up 6.2%. On the other hand, the last Friday high growth of yields of the 2-years’ treasuries was recorded, which closely correlates against the US Federal Reserve rate. This increase usually boosts US dollar, which in turn affects the value of gold. The consensus forecast made by the leading Wall Street investment banks expectes the highest level to be reached for this year – $1330/ounce. Gold is now being traded above this level by 1.5% and therefore, large speculators wait for correction to the psychological mark $1300 to be able to build long positions. So, this week we should expect the flat within the range of 1317 – 1367. 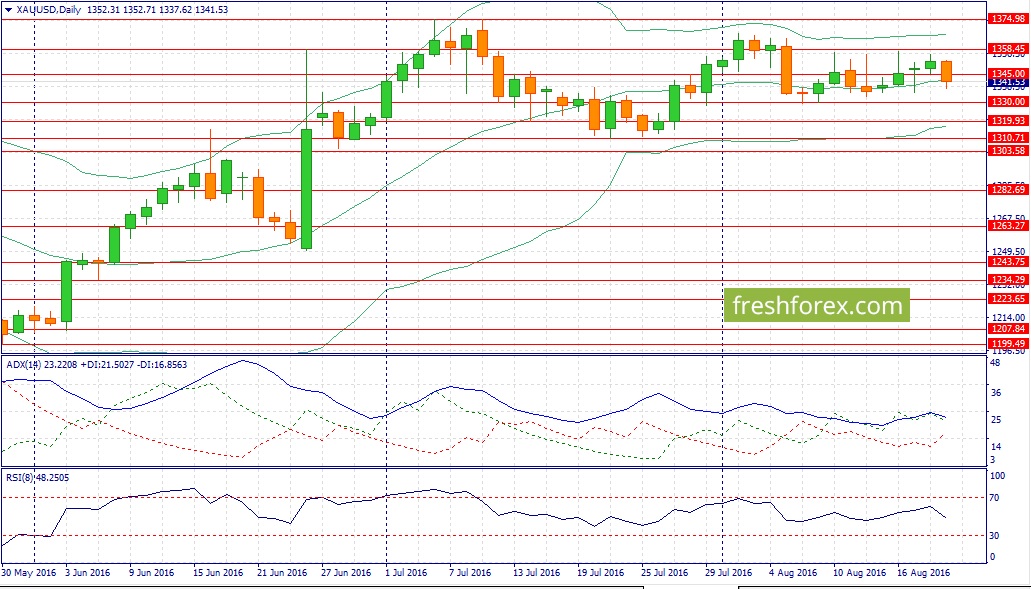 From August 11 oil is steadily moving up on the background of the unscheduled summit of "OPEC and C" in Algeria in late September regarding the issue of freezing oil prices. Growth of quotations is speculative and short-term, because expectations on this summit are inflated. Firstly, key players in the market (Saudi Arabia and Russia, which rank first and second in the world in terms of oil production) can freeze its level of production, but this freeze will be made at historical highs. With the account of low export revenue in these countries for the last two years, they simply do not have enough physical capacity to increase production significantly. To do this, they have to invest, and this process makes sense only under stable and high oil prices ($60/barrel). Secondly, all recent OPEC summits showed lack of agreement between the participants. The last meeting in Qatar in April ended in a grand failure, because everyone had their own views and no one wanted to lose their share in it. Thirdly, the reports by the oilfield services company Baker Hughes has again pointed to growth in the number of US rigs by 10 units – to the level of 406. In the early summer, when oil reached this year’s High ($52.99/barrel), the number of drilling rigs in the United States was about 325. On Wednesday the US Department of energy proved that production is growing by 152 thousand barrels/week. Thus, the imbalance between supply and demand is still here and grew. So, we expect reversal either a downward technical correction. This week should open Sell positions on growth of quotations to ​​51.00/52.50 and take profit around 48.60. 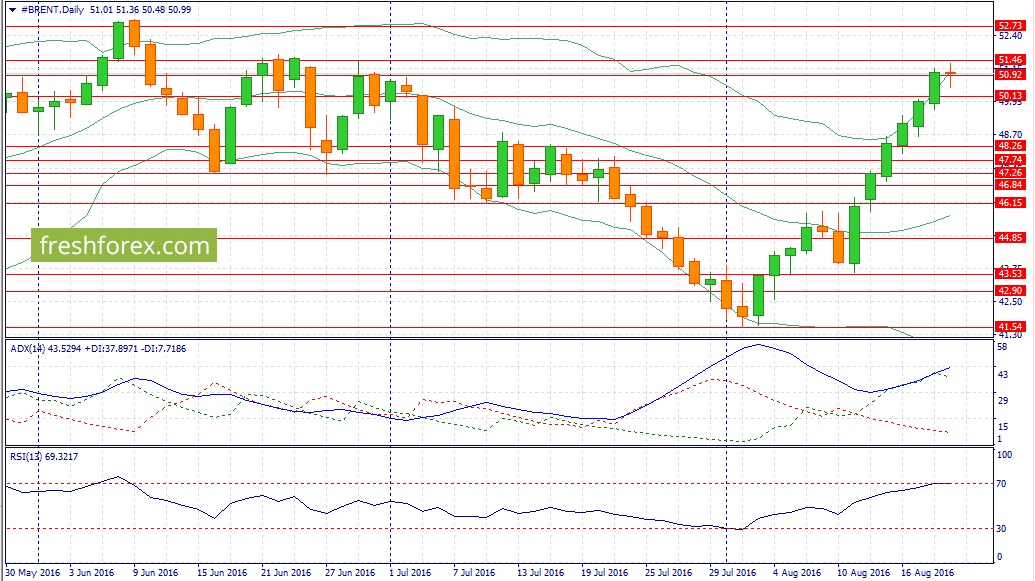 This week important releases include provisional GDP for the second quarter, which will be published on Friday, as well as the economic symposium in Jackson Hole, which will be held the same day. With regard to GDP, we expect revision of data to a positive direction, as leading indicators point to 2% economic growth in the US economy, whereas the first report pointed to 1.2%. We can see 2% or a little more in the third and final reading, which will be published in a month, and now we can see the range 1.5 – 1.7%. As for symposium in Jackson Hole, Janet Yellen is expected to drop a hint regarding the direction of the monetary policy. All investors are asking question: will the Fed raise the rate this year and if so, when? The head of FOMC will probably once again focus on the fact that strong economic data allows the Federal Reserve raising the rate at any meeting. In this context, the key report is the one dedicated to the labor market in August, which will be published on Friday, September 2nd. The number of applications for unemployment benefit shows a steady decline that signals the strong employment data. Over the last 4 years, the average NPF level of Non-Farm in August amounted to 206 000, and in July the annual average level reached 203 000. Now it is too early to make predictions on the upcoming Non-Farm Payroll report, because we do not have the key leading employment indicators by the ISM. Positive dynamics allows us expect the level above 200 000, which FED will be quite satisfied with. Thus, any hint regarding the rate may cause a correction in the stock market, which is now close to historic lows. This week we do not wait for release of quarterly reports by major US corporations. This week we expect a downward correction of oil that will put S&P500 index of the energy sector under pressure. Over the past two weeks, these secutities have been the driver of growth of the "broad market".This week should open Sell positions on growth of quotations to 2185/2195 and take profit around 2152. 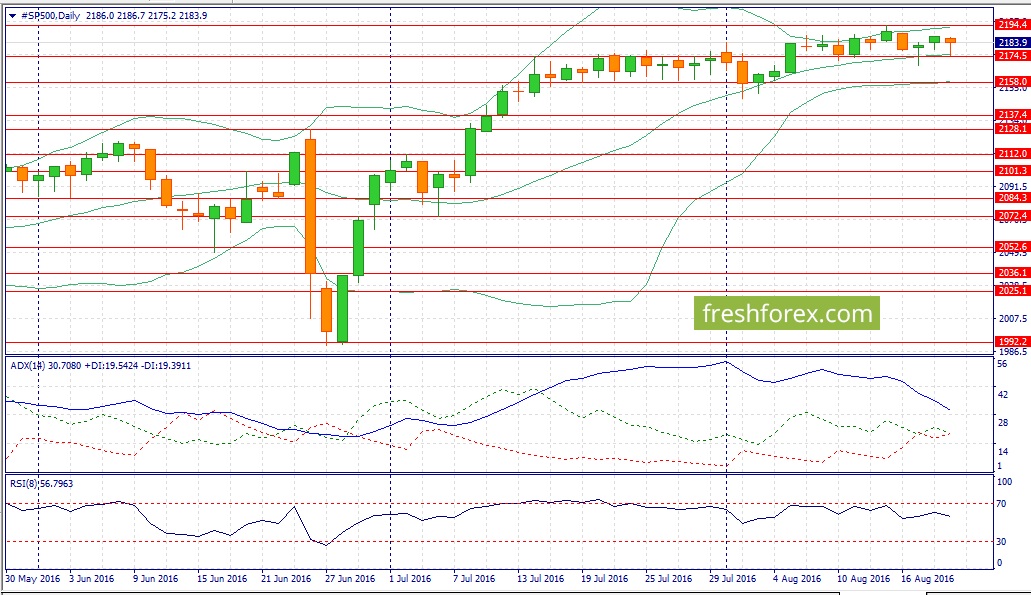