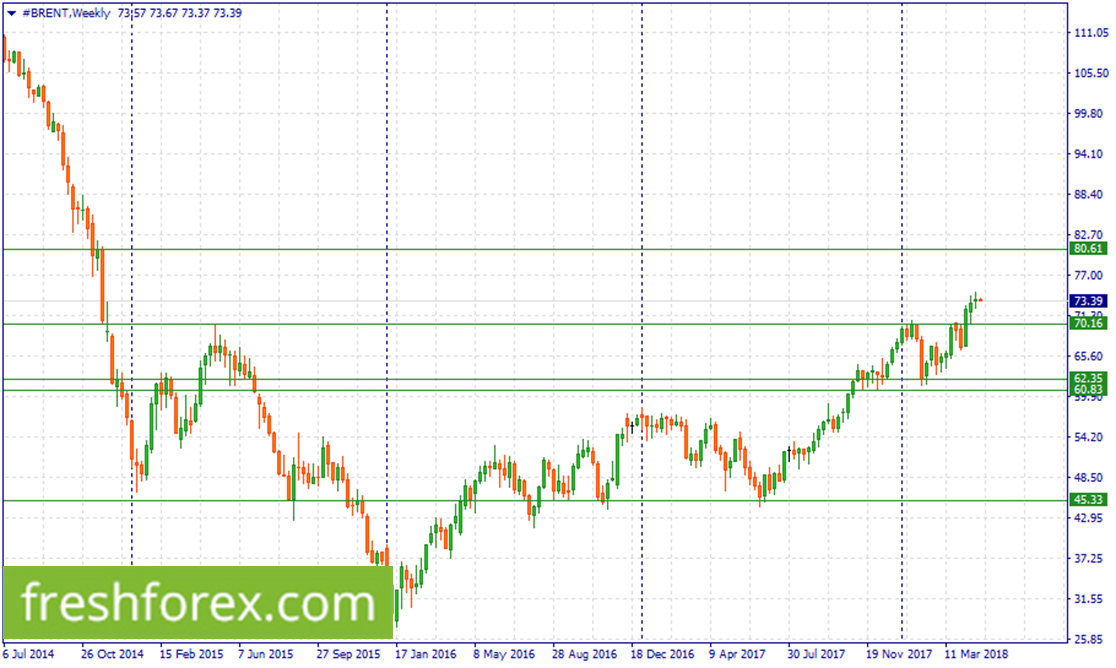 On the weekly chart above, Brent broke above a resistance line 70.16 with a big green candle, it then raced up with two candles and is currently showing signs of pulling back to the broken line I don’t expect a penetration below it but a rejection of price within or around it for possible bullish movement of Brent towards 80.61 and a breakout above 80.61 for a further rise in Brent. I would advise you wait for a correction to 70.16 and a rejection of price at it then buy Brent on the second retracement to it with your take profit at 80.61 and your stop loss around 64.28.Remain long after a breakout above 80.16 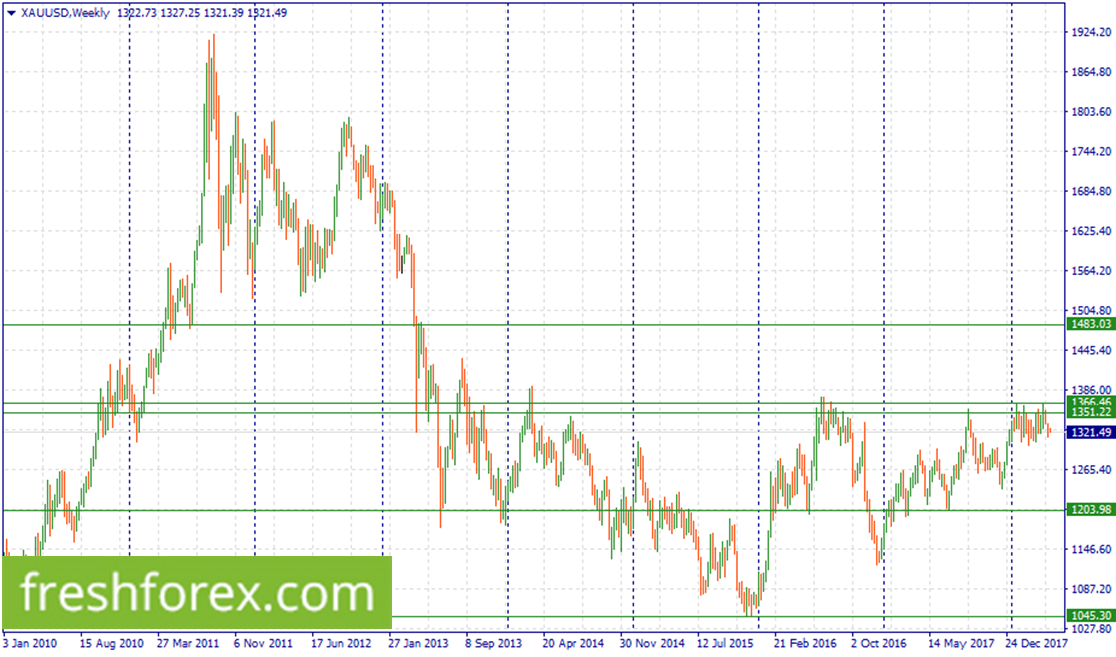 The commodity on the weekly chart above is on a downward trend, it retraced at a key resistance zone of $1366.46-$1351.22 several times before moving down, Right now it is rallying just below the zone, if you had sold gold previously I would advise you remain in the trade towards $1203.98,but if you had not entered a trade yet, you can wait for a pull back to the zone then sell Gold  within the zone with your take profit at $1203.98 and stop loss around $1416.06.In case of a breakout above $1366.46-$1351.22,wait for a correction to the broken zone the buy Gold after the second retracement to the zone. 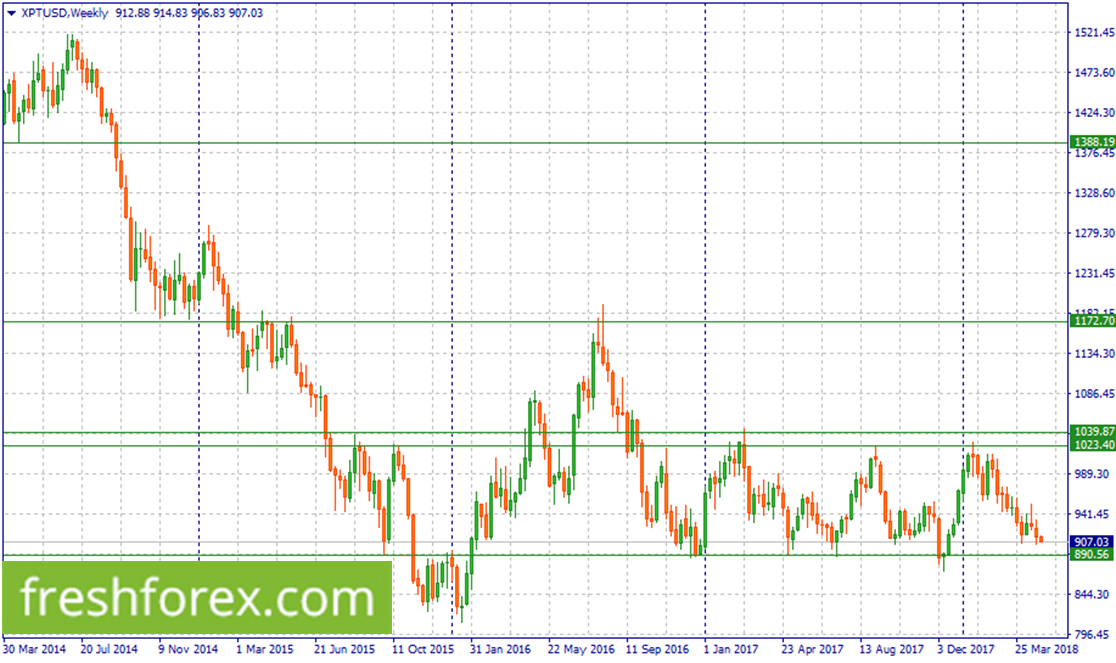 The general trend for platinum is downward, it retraced at a key resistance zone 1039.87-1023.40five times before racing down towards the support line 890.56.Currently it is approaching 890.56 and  I expect a breakout below it for a further decline in platinum towards the monthly support line 778.13.If Platinum pull back to 1039.87-1023.40 and does not penetrate above it and instead gets rejected, you can still sell it from the zone but in case it breaks above it with a big green candle, wait for a correction to the broken zone to confirm bullish movement of platinum before you enter a long trade towards 1172.70.