The yen has reversed directions on Wednesday, as the pair is in positive territory. In the North American session, USD/JPY is trading at 110.92, up 0.34% on the day.

Japan releases the Tankan indices later on Thursday, which are expected to show acceleration in the second quarter. The Manufacturing Index is projected to soar to 15, up from 5 points in Q1. The Services Index is expected to show a more modest gain of 3, up from -1 previously.

Inflation has been on the minds of the major banks, as the reopening of the economies has triggered higher inflation, raising expectations that the central banks may respond by tightening policy and eventually withdraw stimulus. This is not the situation in Japan, where continuing health restrictions have put a damper on consumer spending. The BoJ projects that inflation will not hit the 2% target before 2024. Given the prolonged period of deflation that the country has experienced, it would be a surprise if the bank’s forecast proved to be accurate.

The US economy continues to recover from the Covid downturn, but job creation has been less robust than many experts expected. The past two nonfarm payroll reports have missed expectations, and the April consensus of 990 thousand proved to be far too optimistic. One reason that job creation has lagged is that many workers are still receiving unemployment benefits and are in no rush to fill the many vacancies that are available.

Ahead of the June NFP on Friday, the US released the ADP Employment report earlier today, with a gain of 692 thousand. This beat the estimate of 600 thousand, although it was considerably lower than the previous reading of 886 thousand. We’ll have to wait for Friday to see if the NFP report follows suit and beats expectations. 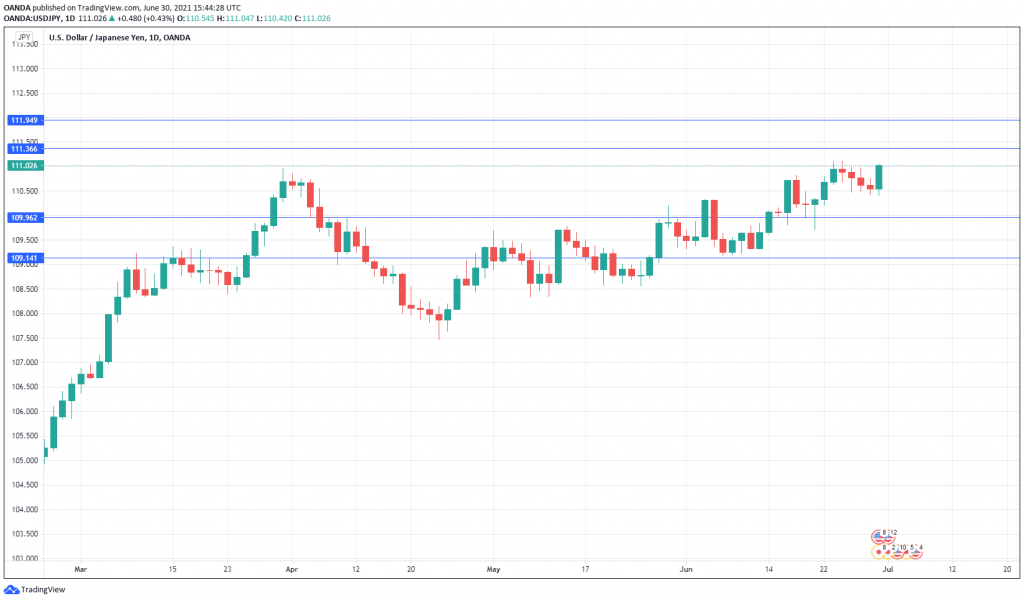 When will Dow be Low?

When will Dow be Low?