There was further evidence of a slowdown in global trade as Japan’s exports contracted for a third consecutive month in February. Exports fell 1.2% y/y and the headline was worse than economists had expected, with estimates looking for a 0.9% contraction. However, it was an improvement from January’s 8.4% decline, the worst performance since October 2016. Imports fell a greater 6.7% y/y and as a result the trade balance lurched into a surplus of Yen335 billion, the first surplus in five months.

The yen weakened versus the US dollar during the Asian session, partly on the back of the data but also due to a positive performance by equity markets at the start of the week. USD/JPY was up 0.1% at 111.59 after regaining a foothold above the 200-day moving average, now at 111.44, at the end of last week.

Singapore appeared to buck the trend of slower exports across the region, with a massive headline increase of 16.0% in its non-oil domestic exports for February. However, on closer inspection, almost all of the increase came from gold shipments to China, which had already been pre-advised from China’s trade data, so the impact overall was negligible. USD/SGD edged 0.04% lower on the day to 1.3521.

No rest from Brexit votes

After last week’s three-day vote-fest in the UK Parliament, there is one more vote scheduled for this week, but even that could be cancelled. At the weekend, UK PM May’s government said the vote would only be brought before Parliament if there was a definite chance of winning it. Otherwise she will head to the EU summit on Thursday asking for a lengthier delay to the Brexit deadline, more-or-less bringing negotiations back to square one.

There will no doubt be a lot of political posturing during the week and trading will, once again, be headline driven. The pound held steady in Asia, with GBP/USD barely changed at 1.3293.

We ease ourselves into this week with a mundane data calendar today. The highlights include Japan’s industrial production and capacity utilization for January and the Euro-zone’s trade balance for the same month. The US calendar features only the NAHB housing market index for March.

The full data calendar can be viewed at https://www.marketpulse.com/economic-events/ 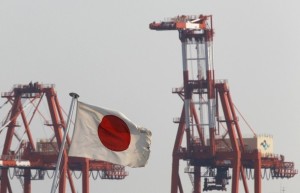