The prospect of a new era of easy money continues to resonate through global financial markets. Yields are tumbling to record lows, the dollar plummeting and US stocks resume their march to all-time highs after the Fed’s dovish capitulation.

U.S Treasuries are leading the sovereign bond rally, with 10’s falling below +2% for the first time in three-years as expectations grow that “most” G7 central banks will ease policy.

The U.S. 10-year yield has fallen to +1.9719% after the Fed signaled Wednesday it was ready to cut interest rates. Powell and co. dropped a reference to being “patient” on rates and forecasted a larger miss of their +2% inflation target this year in its statement. Alongside post-decision press comments and a shift in the dot plot, it was basically about as ‘dovish’ as the Fed could go without an actual cut. Futures are now signaling four rate cuts before the end of 2020, with one at the July 30-31 meeting fully priced in.

Japan’s JGB benchmark yield dropped to -0.185%, near the bottom of the BoJ’s targeted range after Governor Kuroda suggested policy makers “would not step in to prevent further declines,” while similar rates in Germany have fallen deeper into the negative, approaching a record low reached earlier this week.

Already this week, the European Central Bank (ECB) suggested it may cut interest rates as soon as its next policy meeting, along with the Fed, however, this maybe be premature for stock ‘bulls’ as the effect should ultimately be negative for equities since it would provide little actual economic stimulus while stoking recession fears.

The Bank of England (BoE) kept rates steady in an unanimous vote (9-0), surprising some who expected Haldane and Saunders to follow through on their recent ‘hawkish’ comments. Governor Carney mentioned that the market is not agreeing with their Brexit assumption view. No-deal risks are rising and since the BoE was expecting a smooth Brexit, we will likely see a long pause on a rate hike from the BoE. The bank cut their Q2 outlook from +0.2% to +0.0%.

Downunder, Reserve Bank of Australia’s (RBA) Lowe indicated its “not unrealistic” to expect another rate cut, after policy makers lowered their benchmark for the first time in three-years this month.

The outlier in the Northern hemisphere is Norway’s Norges Bank, who hiked rates for the third time Thursday since last September and indicated that “there is more to come.”

President Trump said he would meet with Chinese President Xi Jinping at the G20 summit later this month and said talks between the two countries would restart after a recent lull.

Many believe that sterling has already baked in a Boris Johnson win. But, what’s next? Consensus sees Boris becoming the new PM and he won’t get a deal with the EU before the October deadline; hence, he will go for a “no deal.” If so, then most likely, U.K Parliament will block it with a vote of “no confidence” and the country will probably head to the polls. This could open the door to a Labour/Libs/Brexit party gaining seats and a hung parliament or Labour winning a small majority – a mess by all accounts.

Tensions continue to run high in the Middle East as Iran now claims to have taken down a U.S drone. Apparently a “spy drone” was shot down after it entered Iranian airspace near the Strait of Hormuz. The US blames Iran for the recent attacks on tankers in the Gulf of Oman and is sending more troops to the region in response to Iran’s “hostile behavior.”

Gold has gained +8.5% over the past month, boosted by mounting expectations that the Fed and other central banks will ease monetary policy, as well as heightened geopolitical tensions in the Middle East and elsewhere.

There are no events on the Economic Calendar for this weekend. 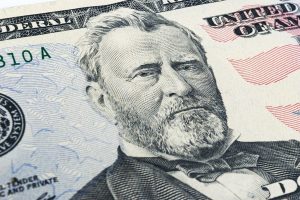