China’s far reaching influence while US data is not showing any signs of letting go. 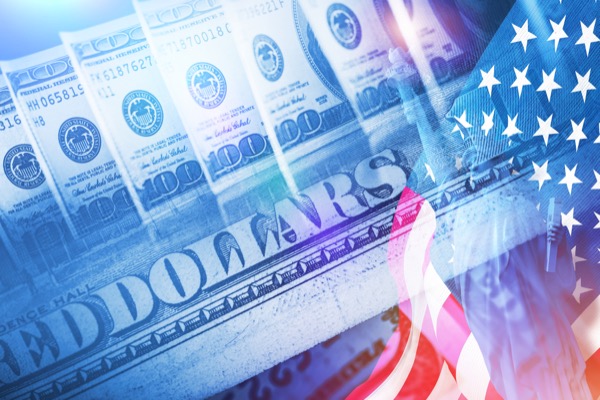 As I’ve been harping to anyone that was buying into the post-midterms equity markets rally, curb your enthusiasm as we’re by no means out of the woods on the US-China trade story. Don’t expect a resolution to pop out of thin air given the great trade divide. And with neither party willing to blink, we could be dealing with trade woes throughout 2019 and into 2020.

In recent months, the Chinese authorities have responded to signs of slower growth in parts of the economy and a more challenging outlook by easing financial conditions in some ways. However, the effect of the current round of policy easing has been relatively small as I suspect overt easing could cause and unwanted sell-off in the Yuan. As well, easing policies have been very targeted given that China remains committed to deleveraging, well at least during this current cycle to avoid re-leveraging. (borrowing this from the RBA) So by all accounts, for the Aussie bulls counting on more stimulus efforts from the Pboc monetary policies, they may be much less bullish for Australia than past efforts.

Not unexpected the Aussie came under fire from a lacklustre policy statement (SOMP)  but with the stronger USD and China factory inflation wobble, G-10 traders were noticeably increasing their Short Aussie China proxy bets on Friday. So the Australian dollar appears headed for a near-term  test of the critical  .7200 level

Benign US political gridlock in my view suggests no softening in US trade war stance, in fact, I think an emboldened President Trump with the backing of House Democrats, who are just as hawkish on that front, should continue to play out be negatively for regional and local Australian markets. And if we factor in the expected slow burn on China economic data as the drag from US tariffs takes hold, even more so after China’s front-loading capacity diminishes, we should see continued pressure on commodity prices and more sustained pressure on commodity constituents on the ASX.

The USD will have a plethora of items to anchor itself to this week, and given the strong economic performance in this year’s data, we should expect another good week for the dollar.

With the Fed’s November meeting in the rear-view mirror, it’s time for the markets to come back to reality. We know with a high degree of certainty the Feds will raise interest rates in December for the fourth time in 2018, but that doesn’t mean it’s time to bring out the snooze pillow. Specifically, Fed Chair Powell’s Wednesday discussion with Dallas Fed President Kaplan (non-voter/neutral bias) will be significant as the discussion will likely fill in some blanks from what amounted to a scanty FOMC statement. But for those looking for anything other than Powell to expound that the Fed policy is a “gradual” path of policy normalisation, yes higher US interest rates on a data dependent basis, need to wake up and smell the coffee. For Fed Chair Jay Powell, I suspect ” Red October ” is still a movie and not a concern that should cause the Fed to stop raising interest rates. After all, isn’t part of  “raising interest rates a prudent  move when  market valuations become a source of concern” ( Janet Yellen) CNBC

Wednesday’s US CPI release will be the week’s main event. The market is expecting a strong inflation print after going through a recent soft patch in consumer prices. ((+0.4% forecast vs. +0.1% previously) and core (+0.3% vs. 0.1%)
Thursday’s retail sales data will also share some of that spotlight but given robust consumer confidence and a healthy jobs market; one can only assume the US consumer will have their purse string loosened. But this print could provide substantial guidance as to what to expect for the rest of Q 4 as we head into the spendthrift holiday season.

For equity markets, keep in mind November 15 will be the last day for hedge fund investors to notify managers to exit their positions before the end of the year (45-day withdrawal turnaround).   My best guess is with a considerable tail risk from Trump -Xi November G-20 meeting along with tight funding conditions entering year end which will likely see more pressure on equity markets, we could see more downward persuasion on US equities this week, strictly from a year-end profit-taking perspective. Of course, fund managers have extremely bullish views heading into the year-end might warehouse positions expecting to sell them back to clients at higher valuations next year. ” If history is any guide, the rush for the exits will be swift and accelerate. Clients have already pulled $11.1 billion even before funds fell into the red for the year. Bloomberg

As for the funding crunch theory, in currency markets, the US$ year-end turn funding pressures has been a factor for the past few weeks which has been pressing long-dated 2-month tenors into expensive territory. (Cash Funding and FX Swaps into early January)

Technically speaking we are in a bear market as defined as a 20% decline from a market peak.

But at $70 Brent are we really in a Bear market?

Indeed a record 10-day losing streak has everyone panicking while causing a high-speed reassessment of the state of global oil supplies.  Taking into account that OPEC has revised down its short-term global demand outlook for three months in a row, the forecast does look bleak

But in reality, this is a supply glut, but it’s unlikely Asia’s unquenchable demand for oil is about to dry up anytime soon so prices could base. Plus as we’ve seen in the past,  OPEC and allies have been able to stabilise prices during supply surplus which will undoubtedly happen this time around leaving traders to speculate on the timing for production cuts to occur

Oil falls 1 Percent, US crude on a longest losing streak since 1984 Reuters ” what a difference a month makes”  Michael Tran, commodity strategist at RBC Capital Markets.

Were Iran sanctions expected to be a game changer?

For a short-term, they were going to be until market supply caught up. I recall having this exact conversation a few months ago with a highly respected local Energy Editor, where we both laughingly concluded there would be a huge run up on prices until a few weeks before sanction take hold. Only for the reality check to set in when the market realises Saudi Arabia converted the shortfall into a surplus. Remember these taps can be turned off as quickly as they were turned on.

Well, a funny thing happened on the way forum, Saudi Arabia and Russia increased production starting way back in June, while the US unofficial oil minister, “Donald Trump” may have orchestrated probably one of the best sleights of hand tricks in some time. He effectively drove prices lower by offering up far more Iran sanction waivers than expected, catching the producers and traders alike completely wrong-footed while effectively correcting oil prices back to the perceived Brent $ 65-75 sweet spot.

Never one to miss out on a press op, “We’re going to let some of the oil go out to these countries that do need it because I don’t want to drive the oil prices up to $100 or $150 a barrel, which could happen very easily,” Trump said during a press conference on Wednesday. Trump argued that prices have “come down very substantially” recently “because of me.”CNN He does have a point, though.

Baker Hughes reported US energy firms added oil rigs despite oil futures plummeting and US inventories skyrocketing. Drillers added 12 oil rigs in the week to Nov. 9, bringing the total count to 886, the highest level since March 2015. A bit odd when this metric is an indicator of future supply which tells me the industry has few if any worries about demand for oil breaking down any time soon.

Fact Box: The Knowns and unknowns of US Iran oil sanction waivers: Reuters

All that glitters isn’t gold.  With the Fed on track for a December rate hike and the dollar looks likely to hold a bid into year-end, the odds for Gold to test $1150 over the next few months seem more likely that a test of $ 1250. There is little to no haven appeal, and with the US leading indicators remaining robust suggesting the US services-based economy is firing on all cylinders, US data is not showing ceding. The University of Michigan Survey and PPI came in above expectations, signalling consumer confidence remains strong and. All that chatter about a Fed pause in 2019, is far too untimely suggesting that considering the economic growth slowdown around the globe, the USD should remain in good standing from growth differential perspective which could tarnish Gold appeal heading into year-end.

FOMC is messaging the same signals, gradual increases coming, certainly no Dovishness, this leaves the USD firm and EUR back towards the critical 1.1300 level.

The USD has traded very well over the past 24-hours, but I don’t think this has so much to do with the FOMC as it is about the EURO’s ugly duckling persona around Italy risk, after all, there was hardly a change in the FOMC, and a December hike was always the markets base case scenario. With that in mind, the move to 1.1300 was a bit quicker than expected and while there some definite carry appeal into the USD by G-10 standards, the movement does feel a bit overdone.

The dollar was rallying everywhere yesterday but not so much in USDJPY. Suggesting that market positions are a tad long and the equity markets risk overhang is now weighing on trader’s sentiment. The dips remain shallow, however, suggesting that a convincing push above 114.50  is still in the tea leaves, but a possible escalation in risk aversion around US-China trade war is keeping new buyers cautious.

An opinion piece on Oil

The fear of missing out (FOMO) is a widespread disease that afflicts even the cagiest of traders. The perfect example was the latest Ramp on oil prices and the subsequent collapse since early October ( -21%) FOMO was getting driven by a theoretical supply y crunch from Venezuela and Iran as the US imposed sanctions were to take effect came. But this all occurred on the backdrop of a rising US dollar and moderating global growth (PMIs). Historically the USD and comprehensive PMI index have a very tight correlation with oil prices, and at the peak of the Oil ramp, it was estimated the Oil prices were 30 % + overvalued (as per Deutsche Bank data). So as more significant than expected US Iranian waivers came into play, which in my view was little more than US intervention in oil markets to reduce price pressure heading into the midterm election, all the while OPEC, Russia and US had been raising production, the market was caught completely wrongfooted. Now, as the market shifts to the slowing global narrative, it could be argued using that same USD/PMI index correlation to oil metric, that the market is still 10 % overvalued (Deutsche Bank). So, what does this mean? It means OPEC will look to cap production and ensure that Brent remains in the happy 65-75-dollar price range. Funny how we closed the week right on top $70 on the prompt Brent contract. 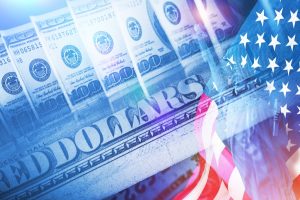