It’s been some start to the week, as oil prices spiked by up to 20% at one point on the back of an attack on a major Saudi oil facility.

The attack wiped out around half of Saudi Arabia’s production – representing around 5% of global daily output – and highlighted the vulnerability of security at these facilities to drone attacks. Houthi rebels in Yemen have claimed responsibility for the attack although fingers are being pointed elsewhere as tensions between the US and Iran hit new levels.

The attack was as severe as it was unexpected but that’s not the worst thing about it. Saudi Arabia believes a significant proportion of the outages can be back online in a few days while Trump also approved release of supplies from the Strategic Petroleum Reserve to ensure the market remains well surprised.

None of this should make us feel relaxed about the potential for further attacks though and the longer-term implications on the oil market. Spikes in oil prices when the global economy is already flirting with the idea of recession is not ideal and, if repeated and sustained, could ultimately be what tips us over the edge.

While oil prices have pared gains following the initial knee-jerk reaction to the reports, Brent and WTI remain around 10% higher as the geopolitical risk premium keeps prices elevated. This may settle down if attacks are not repeated but traders may be a little on edge for a while, keeping oil trading at a premium for some time.

Needless to say, the markets are very much in risk-off territory at the start of the week. As you’d expect, the normal safe haven’s are having a lovely time of it, Gold has found its mojo again, the yen and Swiss franc are back in favour and European and US futures are lower ahead of the open. Bitcoin is also higher but let’s face it, that moves independently of everything else no matter what some would like to believe.

Gold is very interesting though as the safe haven flows took us back above $1,500 and shielded the crucial $1,480 support. That said, it still remains some way from its recent peak and therefore still vulnerable.

Brexit may have some competition for the front pages this morning but it’s going to be putting up a fight here in the UK, just as many will be hoping Johnson will be doing during his visit to Luxembourg. The PM will meet Jean-Claude Juncker as he hopes to convince the outgoing European Commission President of the credibility of his plan to replace the backstop.

While we’ve heard broad statements about what the plan will involve, Johnson’s will need to have all the i’s dotted and t’s crossed if he wants to convince the European’s and few believe he will or, in some cases, even wants to. Sterling volatility is going nowhere. 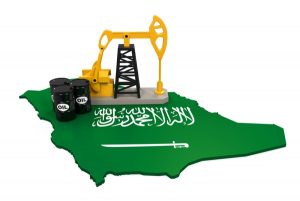