USD/CAD has posted gains in Thursday trade. In the North American session, the pair is trading at 1.3564, up 0.38% on the day. On the release front, Canada Housing Starts improved to 212 thousand, above expectations. In the US, jobless claims fell for a 13th straight week, to 1.31 million. On Friday, Canada will release key employment data and the US publishes PPI data, so it could be a busy end of the week for USD/CAD.

There was good news from the construction sector in June. Housing starts jumped to 212 thousand, up nicely from 193 thousand. This easily beat the forecast of 185 thousand. This marked the first read above the 200-thousand threshold in four months. However, the Canadian dollar was unable to take advantage of the release and has posted losses on Thursday.

US unemployment claims continue to fall, albeit at a slow rate. Claims fell for a 13th consecutive week on Thursday, but the employment situation in the US remains grim. On Thursday, claims fell to 1.31 million, down from 1.42 million beforehand. This figure easily beat the estimate of 1.37 million. Still, the overall employment picture remains grim. The total number of people claiming benefits rose to 32.9 million, up 1.4 million from the previous week. The unemployment rate is officially listed as 11.1%, but the actual rate is likely closer to 20%. 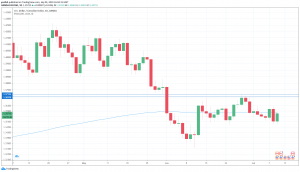 USD/CAD showed limited movement in the Asian and European sessions. The pair has gained strength in North American trade and posted moderate gains.