Sydney, Seoul and Singapore each added 0.3 percent, while Wellington put on 0.6 percent. Taipei and Manila were also sharply higher.

On currency markets the upbeat mood helped the dollar rise against the safe-haven yen, while the pound was unable to break out of a narrow range as the Brexit saga rumbles on.

Prime Minister Theresa May is expected to try for a third time to push her EU divorce bill through parliament after MPs voted down a number of other options on how to leave.

However, OANDA senior market analyst Alfonso Esparza warned “the third time is not likely to be the charm” owing to continued opposition from key lawmakers.

“Failure for the third time could push the United Kingdom into a remain limbo, where a credible exit could not be engineered before the European parliament’s elections in which Britain would have to participate.” 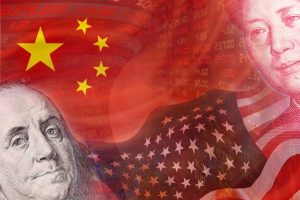