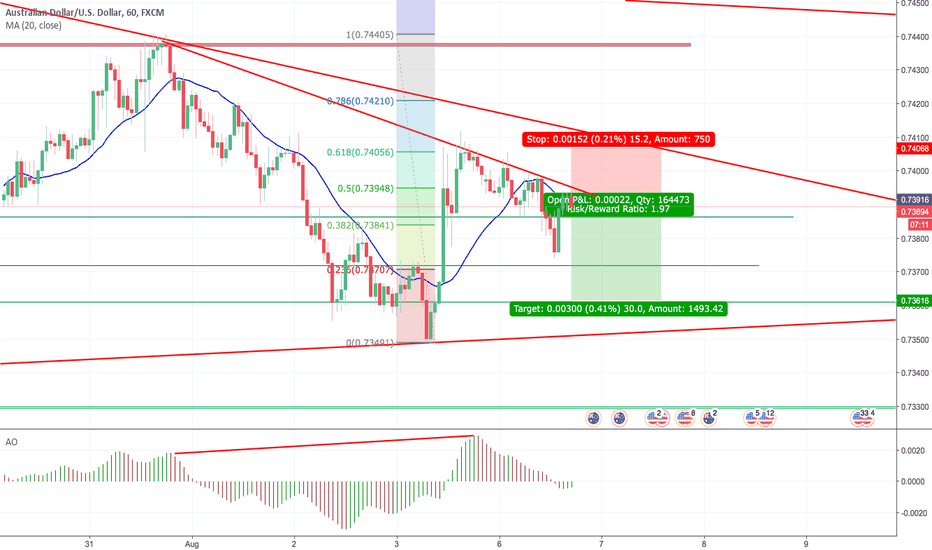 AUD/USD             has been in a downtrend since the start of the month when it rejected the major resistance level of 0.7440 and has shown a retracement to the 61.8 fibonacci level and since forming lower highs as shown using the inner trend line . It has respected the 20 moving average on the H1 which has acted as a dynamic resistance and subsequently we see price action falling to the downside, implying a bearish sentiment for this pair. We can also see a bearish hidden divergence on the H1 whilst using the awesome oscillator indicator and therefore can confirm a short bias on Aussie Dollar.

The target would be around 30 pips with the stop loss of 15 pips giving this pair an opportunity to retest the 61.8 fibonacci level once again to seek resistance before melting to the downside if that’s the case. 0.7360 has shown to be an important support for AUD/USD             and price action would surely struggle at this level, hence why i would place the target just above this, keeping this trade setup to a 30 pip target and then look to enter if it does break this support level .