Brent may derail the $73 threshold 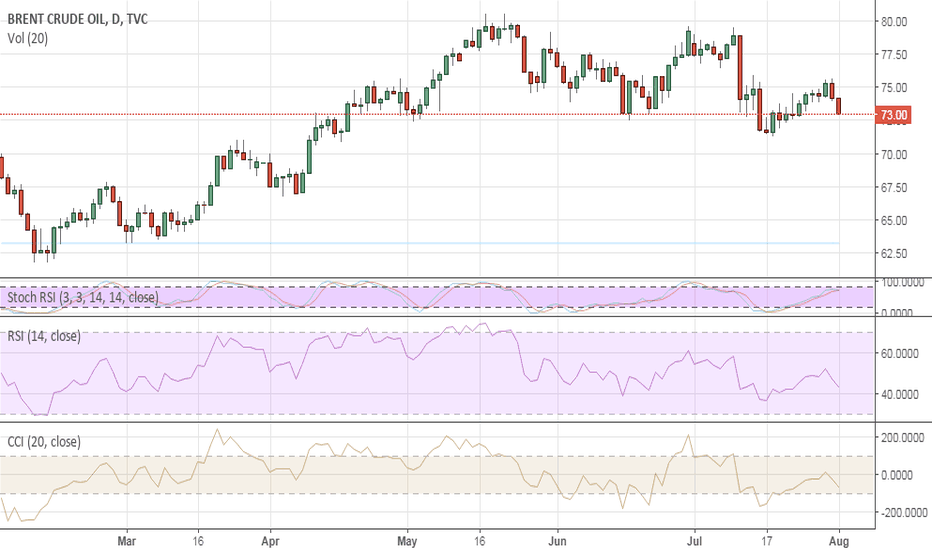 Crude oil             prices continue to lose ground on Wednesday following yesterday’s aggressive correction. Brent crude slipped from highs in the $75.60 area, down to nearly two-week lows just above the $73 handle, which so far constrains the selling pressure.

After a seven-day rally, the retreat looked inevitable as investors rushed to take profit amid signs of a slowing bullish momentum. The downside pressure intensified after the API report showed that the US crude oil             inventories increased dramatically, by 5.6 million barrels last week. Now traders nervously expect the EIA             data. Should the official release confirm a substantial rise in stockpiles and point to an increase in production, the bearish move could accelerate in the short term.

The additional bearish factor for the market is the escalation of US-China trade tensions as Trump threatens to impose 25% on $200 billion in Chinese goods instead of 10%. On the other hand, Brent will likely refrain from a much deeper correction due to the lingering Iran supply concerns. As such, the price could derail the $73 threshold, but will likely attract demand on further bearish attempts.